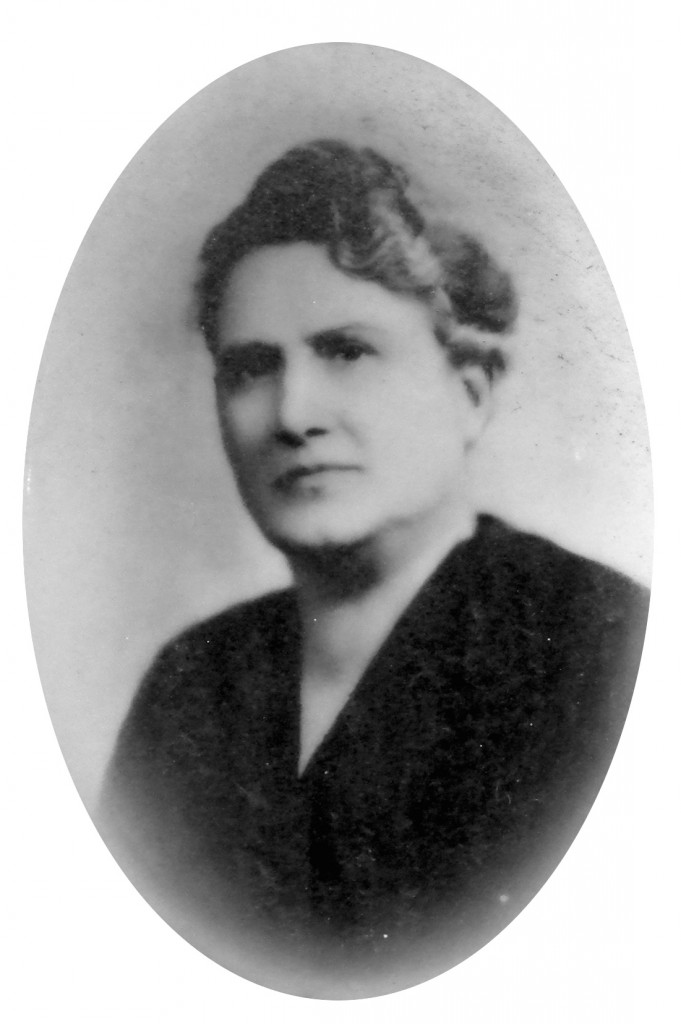 Elvira Giallanella was a film producer and distributor. She also wrote and directed one film, Umanità (1920). Like many other women in the Italian film industry in the late 1910s, she began her career as a film distributor under her own name or possibly under the name of the company Verafilm. In 1917-1919, while at Verafilm, Giallanella also began collaborating on the production of films with the company founder, the journalist, director, stage designer, and screenwriter Aldo Molinari.

First of three siblings, Giallanella was the only survivor. Her elder sister died at birth in 1887 and her other sister died of tuberculosis in 1915, leaving behind a husband and a very young daughter, Liana. These family events left a deep mark on Giallanella’s life and career. 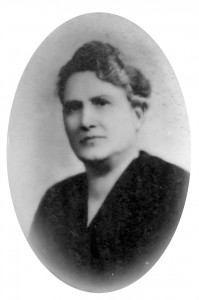 Between 1917 and 1920 Giallanella’s name appears in all the main Italian newspaper cinema reviews, especially in the listings of upcoming films. During World War I, like most film distributors in Italy, Giallanella sponsored some war documentaries according to a 1917 article in Film (3-5). In January 1919, together with her business partner, Molinari, Giallanella sought permission to build a cinematographic studio in Rome, probably in an attempt to boost their turnover capacity. Notably, in those years the rising star Ileana Leonidoff was acting in Verafilm productions; she later became a very famous dancer with an enterprise staging Russian ballets, the “Russian Ballets Leonidoff,” in which Molinari also was involved as a stage designer.

In the same year (1919), Giallanella started to film her motion picture, Umanità. Giallanella’s choice to look after her niece since 1916 put her in closer touch with the world of children’s tales, and in particular she became familiar with the nursery rhyme book Tranquillino dopo la guerra vuol creare il mondo… nuovo, which had been published in 1916, written by Vittorio Emanuele Bravetta and illustrated by Golia. Elvira drew inspiration for her work from this book and created a completely original film, radically different from other contemporary productions. The film was financed by Liana Film, a new production house that Giallanella named after her little niece. An article in the publication Film on September 30, 1919 says that the main purpose of Liana Film was to “produce movies for children, with children themselves as leading characters” (21). 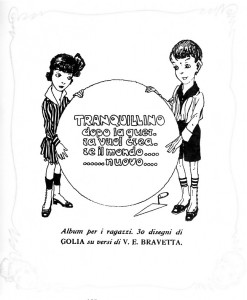 From articles appearing in magazines between September 1919 and March 1920 we learn that, after selling her share of Verafilm to Molinari, Elvira moved to Milan, allegedly to set up her own production company; this information, however, has not been confirmed and the news is most likely to have been a publicist’s copy. In any case, we know for certain that Giallanella filmed Umanità between the end of 1919 and early 1920. The filming took more time than anticipated, probably because of Giallanella’s desire to film some of the sequences on location, featuring the aftermath of the war in the Carso region among the ruins of the cemetery of the town of Gorizia, in North East Italy. In a review in Film on February 26, 1920, we read that Giallanella

The film’s main characters are Tranquillino and Sirenetta, two orphaned children, the only survivors of a catastrophic war that obliterated the whole world. In the company of a gnome, the two children wander around the ruins with the specific task God Himself has charged them with: rebuild the world. Surrounded by violence and death, they get caught and entangled in the dynamics of hatred and injustice that have led the world to its destruction; God then takes them away into heaven. The film ends with a tribute to the values of labor and brotherhood as the only means to recreate a peaceful world for the human race to enjoy. Based on Bravetta’s poem, the director nonetheless introduces several original elements. Firstly, she frames the short narrative with a description of the children’s life before the catastrophe; this frame acts as a preview to some of the themes developed in the main narrative, which has a markedly fairytale style. Further, Giallanella deletes from the text of the nursery rhyme the undertones of political satire that were so typical of the Italian pre-war climate but had by 1919-20 become dated. She also gives the girl a more prominent and active role and adds an ending that portrays the return to the real world, as described in the intertitles. This final reality, however, is different from the world the two children knew before the catastrophic events of the war. This world has a more universal dimension that reaches beyond the family life of the individual to a broader picture, where a life of work, out in the fields, in the mines, and in the factories, is the model for a peaceful life that can be accomplished only through widespread and shared prosperity. 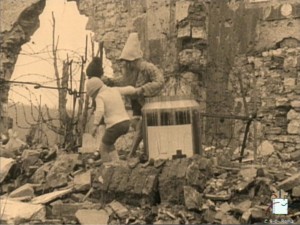 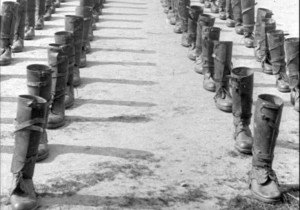 These final themes raise several questions as to how to interpret Giallanella’s aims and political stance. Extensive archival research has not yielded evidence of memberships to political or ideological groups and she never exhibited an explicit favor toward or dislike of any political party, including during Fascism. Giallanella’s life appeared to have been a normal life; like many women at the end of World War I, she was against every kind of conflict, she embraced a combination of Christian and Socialist values and imagined a peaceful new world.

Giallanella’s Umanità demonstrates great ability in film direction and a deep sense of mise-en-scène. She shows originality and talent in planning every scene in great detail. At the start and at the end of the film, Giallanella also uses the found footage technique, inserting edited shots from Molinari’s archives of news footage. 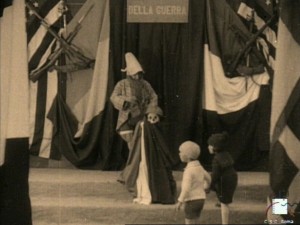 Umanità, however, never had proper distribution, presumably because it failed to clear censorship, and unfortunately Giallanella’s directing career came to an end before it started. She once attempted to sell the film as a comedy to Pasquale Principe, a distributor in Milan, and also tried to change the names of the Italian crew to English, crediting a fake male director named Edmond Davidson. All of this she did to no avail: Umanità remained unsold.

After the 1920s, nothing more can be found about Elvira Giallanella in cinema papers, reviews, or publications.  She withdrew from the world of cinema, continuing her working life as an accountant, living and working in Rome always with her niece Liana, until she reached the end of her life. Elvira Giallanella died on September 15, 1965. 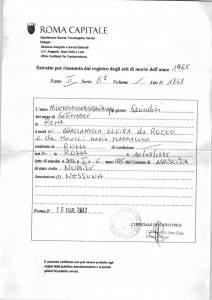 Many gaps still remain in the production history of Umanità and in Giallanella’s biography.  Her name fell into oblivion for about eighty years.  Vittorio Martinelli included Umanità in his Il cinema muto italiano film inventory, but no one else took notice of it (276-277).  She was completely unknown until a print of her film was found in 2007. Giallanella’s film had lay forgotten in the archives of the Cineteca Nazionale (Italian National Film Archive) in Rome since May 1957. The film that survived is a 35mm nitrate positive, imbibed and tinted, with unnumbered Italian title cards; it probably had never been screened for an audience before being presented–in a restored version–in Bologna, in December 2007, during the event “Non solo dive. Pionere del cinema italiano.” The restoration was sponsored by Associazione Orlando (“Orlando” Women’s Association) and the Italian National Film Archive, with the support of the Ministero per i Beni e le Attività Culturali (Italian Ministry of Cultural Heritage and Activities). 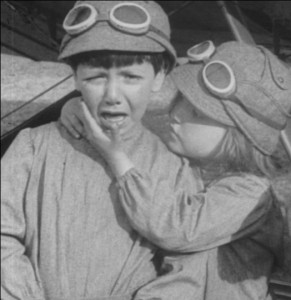