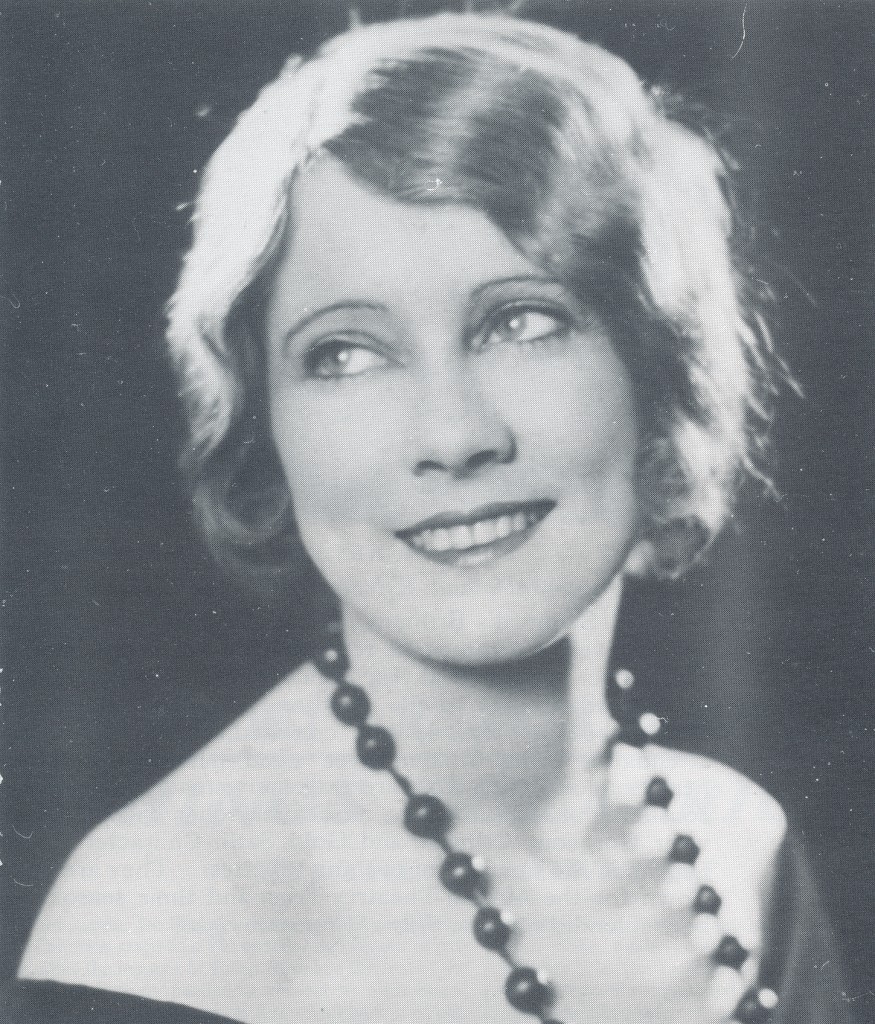 Elsa Chauvel had strong opinions about a woman’s role in both work and life. In an interview in 1934, she explained that a woman should charm men and a wife should support her husband (28). Her own life exemplified these principles.

She was born Elsie May Wilcox in 1898 in Collingwood, Victoria, Australia. She was the second child and only daughter of itinerant Irish-born actor Edward Wilcox and his wife Ada Maria (née Worrall). When Elsie was about five years old, the Wilcox family moved to South Africa. Edward Wilcox, under the stage name Silveni/Sylvaney, became the actor-manager of a touring theatrical company. From a young age, Elsie’s brother Kyrle performed under the stage name McAllister, and Elsie herself performed under the stage name Sylvaney. They began with juvenile roles, but were soon being made and dressed up to play older characters.

The troupe travelled with limited success all over South Africa, finally disbanding in Capetown. There, Kyrle and Elsie supported the family by taking minor roles as understudies or in the chorus line until their father became stage manager for the American Dramatic Co. While working for the African Theatre Trust, Elsie was cast as the lead in “The Silent Witness,” after both the leading actress and her understudy fell ill. This fairy-tale break led to further leading roles and Elsie was a popular actress, doing well in Johannesburg, when the decision was made to bring the family back to Australia. Kyrle financed the move by a successful tour of Basutoland with his own company.

The family arrived back in Australia in 1924. By now Elsie was a pretty young woman, who quickly found leading roles in Australian theatres. Charming men must have come easily to her.

The second phase of her life followed her marriage on June 5, 1927, at St James Church of England in Sydney, to film director Charles Edward Chauvel. On that occasion, Elsie Wilcox became Elsa Chauvel, the name she kept for the rest of her life. Charles Chauvel had seen Elsa playing in the musical “Crackers” at the Cremorne Theatre in Brisbane, and immediately cast her as the lead in his second feature film, Greenhide (1926). Elsa seemed to slip easily into the role of supportive wife. She toured with Charles around New South Wales, selling Greenhide to reluctant local exhibitors, caught in a contract system that required them to buy out any (usually American) picture already contracted, before they could screen an independent local production.  Greenhide was Chauvel’s last silent film, but he went on to make seven sound feature films, several wartime documentaries, and a major television series. In all of this, Elsa worked tirelessly in any capacity required at the time.

She went with Charles to Pitcairn Island to make In the Wake of the Bounty (1933), as well as to inland Australia to make Jedda (1955) and the travelogues. Much of her work, particularly in the early years, was uncredited. She never again played a lead role, but she did appear briefly as Lady Macquarie, the wife of Governor Macquarie, in the historical epic Heritage (1935). On this film, she was credited both for this role and as production assistant, but under the name of Ann Wynn. She was also credited as Ann Wynn as assistant director on Uncivilized (1936). Further credits include co-writer on multiple films, as well as assistant producer on Sons of Matthew (1949) and dialogue director on Jedda – all under her own name.

However, these official credits do not do justice to Elsa’s cinematic contribution as she often called herself “Girl Friday.” On every production she stood (often literally) behind Charles, doing whatever seemed necessary. It was Elsa who rode a camel in Uncivilized, doubling for Margot Rhys. Before each production she was actively involved in researching and writing, designing costumes, and assessing locations. On set, she coached actors and did make-up and continuity.

Between films, when finances were tight, Elsa occasionally supported the family by giving elocution and dancing lessons. She also acted occasionally, but only twice in Australia. She went to California with Charles, in an effort to further his career, and while there she appeared on stage briefly in Los Angeles and performed in one film in Hollywood. However, as always placing Charles’ career ahead of her own, she declined an acting contract offered by Universal. 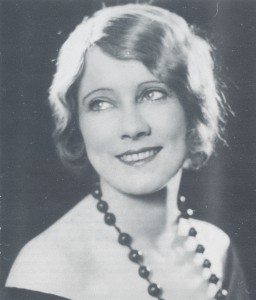 Elsa’s responsibilities as a wife did not end with Charles’ death in 1959. For the rest of her life, she worked tirelessly to promote Australian film in general, and her husband’s innovative and artistic contribution in particular. She collected prints of Chauvel films for preservation in the national film archive, and in 1964, her contribution to the Australian film industry was recognised with the award of OBE.  She retired to Toowoomba, Queensland, where she died on August 22, 1983, at St Vincent’s Hospital. Her ashes were buried at the Northern Suburbs cemetery in Sydney.

2. Elsa Chauvel as Actress and Production Assistant (as Ann Wynn)

Greenhide (1926) is streaming online via Kanopy

Because Elsa Chauvel’s work was often uncredited in cases such as In the Wake of the Bounty (1933), which was produced and directed by her husband Charles, she might be credited as a writer/production assistant/assistant director, or any one of these. Similarly, when Charles produced and directed “Walkabout,” a thirteen-part BBC television series in 1957, Elsa was again uncredited, although she may have been a co-screenwriter and dialogue director. At this time, the title of Elsa's one Hollywood film is unknown. It is not listed in any published source and Elsa's late daughter, Suzanne Carlson, is perhaps the only person who has more information regarding this credit. Further research is required.