When Thea (Terezie) Červenková left Czechoslovakia in 1923 to start a new life with her brother in Latin America, her passport stated that she was a writer and a journalist. However, she was more than that. At the age of forty-one she was leaving behind at least two careers—one in writing and a shorter, but no less prolific career in the film industry, where she worked as a director, a screenwriter, a journalist, and, most importantly, as an entrepreneur. During a five-year period, from 1918 to 1923, she translated continuity titles, wrote eight scripts, directed eight films, wrote articles for the trade film magazine Československý film, and cofounded, with cameraman Josef Brabec, her own film company, Filmový ústav, which she ran until her departure for Rio de Janeiro in 1923. We learn this from an undated interview with her closest coworker, Josef Brabec (Josefem Brabcem), who also recalls her as a woman with a “business spirit,” who managed a guesthouse in Prague (Brabcem 3). 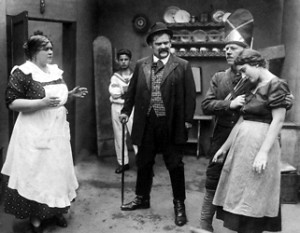 Before she departed for Rio de Janeiro, Brazil, Červenková had worked in the fledgling Czechoslovak film industry on several levels from 1918 to 1923. She started in 1918 as a continuity intertitle translator, presumably for the film company Slavia. In this five-year period, Červenková supervised production and was writer-director on eight motion pictures. Four of these were produced by her own company Filmový ústav. Červenková also published numerous articles in the pioneering Czechoslovak film magazine Československý film.

When one looks back at Červenková’s activities in the highly disorganized and unstable environment of the early Czechoslovak film industry at the end of the 1910s and early 1920s, boldness and drive typify her character. The interview with Josef Brabec confirms this as he describes her as a highly intelligent, independent, and capable woman (Brabcem 3). Červenková’s work and film career have been so far documented very little, but in the existing accounts of Czechoslovak film history by Czech film historian Zdeněk Štábla, it has been reduced to several short remarks that focused on the highlights of her latter career. In the Czech film history, she has become widely known as the “lady crazy about film,” but the nickname obscured her far more complex involvement in the industry. Červenková’s personal and professional life beyond the motion picture business has been neglected entirely, as has her life before she started to pursue her film career.

Further, contradictory versions of Červenková’s entry into the motion picture business exist, one published, the other unpublished. Where the two versions agree is that the initial phase of her film career began when, at the age of twenty-six, she became involved in the local film scene before the coup for Czechoslovakian independence in October 1918. But beyond that, the two versions of her career development diverge. According to Štábla’s published history, in June 1918, Červenková, together with cinematographer Josef Brabec, founded the film company Slavia (Štábla 314). In this version, after the coup, she sold Slavia to the Austrian firm Sascha-Film, but remained with the company as a film director. 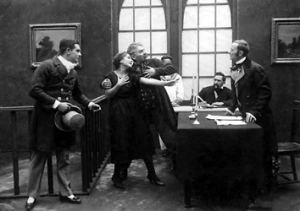 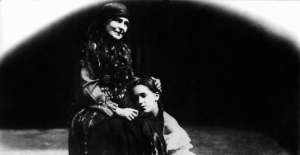 Štábla’s own interview with Červenková’s coworker and later business partner, Brabec, challenges this version. As Brabec recalls, the two first met in 1918 when they were working for Pragafilm, one of the bigger film companies at the time. Červenková, who previously worked as a writer for the theatre, was given her first film job there. She worked as a scriptwriter and also as an editor, focusing on intertitles (Brabcem 12). Brabec and Červenková soon left to work for the Czech branch of the Austrian film company Sascha-Film. In the aftermath of the 1918 coup, the branch was renamed to bear the more patriotic Slavic moniker of Slaviafilm. Slaviafilm was initially a film distributor, which did not finance its product, but purchased completed films from filmmakers. Shortly after Červenková’s and Brabec’s arrival, the company expanded into film production. Červenková was one of those who initiated this business expansion (Brabcem 12). She was entrusted with the “artistic supervision” of production, which basically involved directing and scriptwriting. 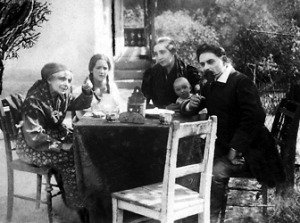 Červenková’s first script for Slaviafilm was a short film, Lásko třikrát svatá/Love Sacred Three Times (1918), which is technically still an Austrian-Hungarian production since it was shot before the coup. Červenková wrote or helmed five short films for Slaviafilm, all shot by Brabec. After the rather dramatic experience of shooting the 1918 revolution in the streets of Prague, which earned her press accusations of unpatriotic activities, she moved on to her directorial debut, the short film comedy Náměsíčný/Sleepwalker (1919), while still helping with the continuity titles. She continued directing short films, making another four, all of which were low-end comedies or grotesques. She then wrote the 1919 film Ada se učí jezdit/Ada Learns to Drive. Later that year she directed another three films: Náměsíčný Monarchistické spiknutí/The Monarchist Conspiracy, and Zloděj/The Thief. The last of them stands out. Zloděj, a farce about a housewife who cheats on her husband as he investigates a string of local burglaries and the only extant film of her early career, offers us a unique opportunity to actually glimpse the director herself, who reportedly disliked being photographed. Extending her film activities to acting, Červenková appeared in a charming, small role as a rather dumb maid who is drugged by a thief who is the seducer of her landlady.

Slaviafilm turned out to be a takeoff platform for Červenková’s own film business. Working together, Červenková and Brabec became a well-coordinated team. Aspiring to make her own films and fulfill her ambitions to adapt classical works of Czech literature, however, she left Slaviafilm in the second half of 1919 and cofounded Filmový ústav. As with many companies of that time, Filmový ústav was a small, family-style enterprise producing virtually homemade movies—the interiors were shot in the backyard of her father’s house in the Vinohrady quarter of Prague, which became the center of Červenková’s film activities. The company had fairly limited commercial ambitions, aiming to generate enough revenue from its films to permit continued production. “It was just for living,” commented Brabec on the financial success of the films. “After all, we were saved by a few features… [w]e just kept our heads above water. And grew old,” concluded the cinematographer (4). Despite these limitations, Filmový ústav was one of the more ambitious film producers of the time (Štábla 47). The family-like nature of her film company raises the rather intriguing issue of Červenková’s social status as a female filmmaker, which seems to be closely tied up with the status of the cinema itself. Brabec makes an explicit link between the social status of a single person and the dedication required in the movie business. “… I was not married, so I could venture and so could Miss Červenková who was also single… ” Červenková was divorced by that time and had a son who might have been fourteen when she started the company; however, the fate of her son is not entirely clear. His name is not on Červenková’s passport issued for her 1923 journey to Latin America, and neither is there any other reference to him in any police documents available. 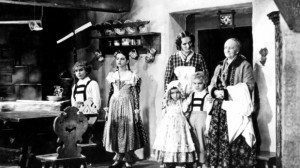 The inclination towards classical literary works leads us to yet another one of Thea Červenková’s passions—film journalism, writing that was part of her effort to conceive of the cinema as a cultural and national phenomenon. In articles published in the film trade magazine Československý film, she balanced cultural, economic, national, and social aspects of cinema in the young nation. “Film is a deep well of knowledge, film will become more influential than press, film is an art which mustn’t be profaned by flag-waving or turned into a cash cow… But film is also a national credo, a declaration… and this mustn’t be forgotten,” wrote Červenková in the 1919 article “Film, jeho význam a národnost,” which translates as “Film, Its Meaning and Nationality” (3).

Between 1919 and 1923, Filmový ústav produced five feature films and several documentaries about famous national figures. Červenková penned and directed all of them except for one of the documentaries. Both the documentaries and the features reflect the company’s aim to enlist film to help construct a national identity. This is most clear in the first feature film that Červenková produced and directed for Filmový ústav. She adapted Božena Němcová’s novel Babička/The Grandmother (1921), arguably the most iconic piece of Czech classic literature. This was the first attempt to bring this epic, yet very intimate, novel to the silver screen. After Babička, she adapted two famous stage plays: Paličova dcera/The Arsonist’s Daughter (1923) and Bludička (1922). 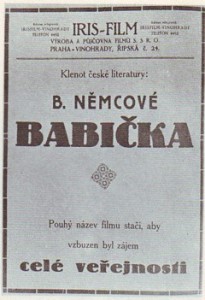 The press articles, the interview with Brabec, and the fate of the company itself indicate that her adaptations of the classic works of Czech literature and theatre were neither commercially nor critically successful, and that her work was critically viewed as mediocre at best. She was accused of highlighting sensational, attention-grabbing material rather than loyally adapting classics in Filmový kurýr (59). Another critic, writing in Večerník Práva lidu dismissed her adaptation of Babička as “a crime” against the critically acclaimed novel (3). The look of her film was made to exemplify the overarching problem of early Czechoslovak cinema. “The problem of Czech film generally is evident in Babička,” continued Filmový kurýr, “it was made very quickly and with insufficient capital” (59). Červenková’s last film, Ty petřínské stráně, received a similarly negative critical response. Comparing the film with foreign film productions, Rozpravy Aventina critic Otakar Štorch-Marien derided it as an “embarrassing mistake” (13). Her work was deemed mediocre, preferring sensation to accuracy, said one review of Babička (59). The Večerník Práva lidu critic even called her adaptation of Babička “a crime” (3). Since Červenková’s feature films were generally dismissed by film critics when they were released in the 1920s, her work was then deemed to be of little importance by the film historians in the subsequent decades (Štábla 391).

Červenková’s third film Paličova dcera was granted a more positive critical reception. The film magazine Filmové zprávy praised the drama as “[a] truly Czech film… full of dramatic moments” (8). The mediocre commercial performances of the company’s films had been sufficient to ensure the company’s survival during a period of relative economic stability. In 1923, however, the Czechoslovak film industry was plunged into a severe economic crisis. Interest in domestic product dipped considerably when the market was flooded with imported films (Havelka 6). Like many other companies, Filmový ústav was forced to cease production. 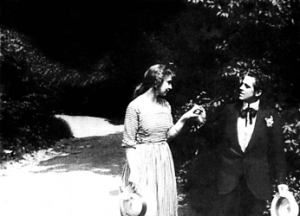 According to contemporary critics, Červenková was hardly the director whose work would improve the status of the cinema and elevate it to the level of respectable but democratic art, the very status she was advocating. Although her films are far from being creative milestones, her contribution to early Czechoslovak cinema is not insignificant. She is one of the trailblazers who adapted works of classic literature and theatre for the big screen. She also systematically attempted to employ film to cultivate national self-confidence and contribute to national identity. Her departure for Latin America offered the opportunity to turn her into a truly mysterious woman of the silent era of the Czechoslovak film industry. The extreme paucity of archival documents represents the main obstacle to the full reconstruction of the life and career of this undeniably ambitious woman. The research in the Czech archives is complicated by two factors. The reliability of the existing accounts of early film history is brought into question by the lack of referencing primary sources. This means that it is difficult to cross-reference old claims with new materials. Furthermore, after the nationalization of the Czechoslovak film industry in 1945, many primary documents on the history of the film industry prior to World War II were lost or destroyed by the authorities. Research, however, should not be limited to the Czech archives. Relevant documents on Thea Červenková may be available in the Austrian archives, since Červenková started her career as a citizen of the Austro-Hungarian Empire. The second possible source of data may be private and public archives in Brazil, her second home.

1. Thea Červenková as Director and Screenwriter

1. Thea Červenková as Director and Screenwriter