Ruth Goetz, one of the most prolific writers for film in Germany in the period 1916-1927, with about sixty-five titles including original scripts and adaptations credited to her name, is not well known today. “The film writer is like a ‘violet’ that blooms hidden from sight,” she said at the beginning of her spectacular career during the late 1910s. “The audience does not know anything either about him or his work. Rarely does he get mentioned and he is never seen. If the film is bad, it’s the writer’s fault. If the film earns the label ‘good’ or ‘very good’ then the writer is entitled to a minuscule credit. This is different for the playwright and if one has started writing for the theater stage, one has quickly to adjust to this reality. I am letting this journal publish my photograph, so that people can at least once see a film writer” (600). Goetz was the only woman featured in this special 1918 issue of the Berlin-based trade magazine Kinematograph edited by E. A. Dupont and devoted to the invisible work of scenarists. A year earlier, one of her scripts had been included as a model for aspiring writers in one of the first manuals compiled by Wilhelm Adler. The film based on this script, Noemi, die blonde Jüdin/Noemi, the Blond Jewess (1917), was directed by Hubert Moest and served primarily as a star vehicle for actress Hedda Vernon. 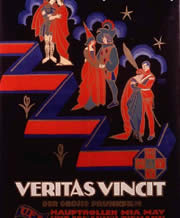 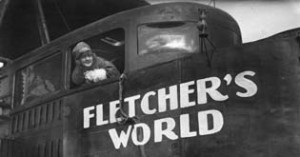 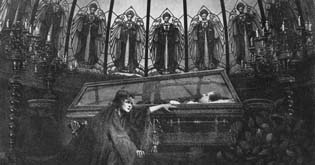 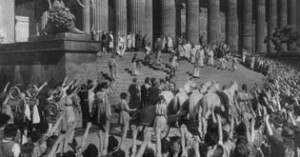 Goetz’s career ascent coincided with the emergence of the longer narrative film around 1913 and the parallel development of a sophisticated and socially diverse mass audience. As German film productions experienced a boom in the mid-1910s and the feature film length was set at about ninety minutes, the demand for more complex and dramatically coherent film scripts became apparent. This demand was met by a new cohort of authors who worked predominantly in the fields of journalism or light and pulp fiction, in German, unterhaltungs, kolportage, and trivialliteratur. These authors were accustomed to writing fast and keeping deadlines and were attuned to the tastes of the contemporary audience. While established writers continued to be skeptical about the aesthetic status of the new mass media and avoided working for it, screenwriting earned a reputation as a new professional field and aspiring young writers, especially women, also found relatively easy access to it. In 1918, as the above quote from the trade journal Kinematograph shows, screenwriters were referred to with masculine pronouns, and further the term for them was always the masculine “filmschriftsteller” or “filmautor.” However, as film historian Jürgen Kasten has pointed out, the participation of women in the screenwriting branch of the film industry was unusually high. In the lead, along with Goetz were Jane Bess and Fanny Carlsen, each of whom authored the scripts for over fifty films produced in the period 1916–1930. They were followed by Marie Luise Droop and Margaret Maria Langen, and the best known of all, Thea von Harbou, each of whom wrote about twenty screenplays for silent films produced in the 1919-1929 period (Kasten 1990, 54–55). Kasten estimates that around twenty percent of all produced film scripts were authored by women in the earlier phase, 1916–1925, dropping to about eight percent in the later years of silent cinema, but despite the high percentage of women in screenwriting, female film writers have occupied a blind spot in German as well as Austrian film history. Apart from some work on von Harbou and a short article on Jane Bess by Jürgen Kasten, there has been no sustained research on women as screenwriters in German silent cinema (Kasten 1992).

The personal and professional life of Goetz confirms the pattern suggested by the few existing studies of women screenwriters. Born in Oberglogau, today Głogówek, Silesia, in 1886, Goetz attended an elite private high school and then moved to Berlin in 1911 with the ambition to become a writer, according to the Lexikon des Films (65). She started right away to work for Gaumont while freelancing as a fashion journalist for a variety of daily newspapers owned by the Berlin media giants Ullstein, Mosse, and Scherl. Throughout the second half of the 1910s and the 1920s, she juggled both careers simultaneously. On the one hand, she was writing scripts for popular films and collaborating with successful directors such as Joe May, for whom she wrote all eight installments of the epic Die Herrin der Welt (1919-20) and parts of the trilogy Veritas vincit 1918-19). On the other hand, Goetz established a reputation as a fashion expert, and was known as a regular contributor of essays and commentaries to the fashion sections of high-circulation daily newspapers and women’s magazines such as Die Dame and Der Modenspiegel. She became the editor-in-chief for Der Modenspiegel in 1925, and, with the advance of sound film, she gradually gave up screenwriting and dedicated her time exclusively to fashion and style themes, publishing in fashion magazines well into the 1930s. After her second marriage in 1922, many of her articles are signed “Ruth von Schüching” although the name “Ruth Goetz” appears as well.

Particularly understudied in Goetz’s case is the way in which she drew benefits from her expertise in fashion. Several of the films that she scripted, for example, Die Kleine aus der Konfektion (1924), Wie bleibe ich jung und schön (1926), and Heiratsannoncen (1925), exemplify the bonds established in the late 1910s and early 1920s between fashion and film, between journalism and screenwriting, and, finally, between film viewing and consumerism, especially in the subgenre of the “fashion farce” or konfektionskomödie (Ganeva 115-150). The rise of the subgenre coincided with the flourishing of konfektion, Berlin’s fashion industry, from around 1900 to the late 1920s. Fashion farces were among the first longer and commercially successful feature films that appeared between 1911 and 1918, including the first productions that featured Ernst Lubitsch, initially as the lead actor and later as both an actor and director (Hake 25-36). A peculiar mix of spectacle and narrative, the fashion farces scripted by Goetz guided a female audience, increasingly more mobile and often working, through the practices of fashion that were relevant, with some modification, in their own everyday lives. What these films lacked in artistic ambition they compensated for with  fashion spectacle that attracted large audiences, as we learn from a 1924 review of Die Kleine aus der Konfektion in Film-Kurier (n.p). Thus, these films functioned, in the words of one contemporary observer, as “a live fashion magazine,” or,  a compendium of suggestions, tips, and updates disseminated to a mass audience at no extra charge (Moreck 39-40). True, they offered fantasies beyond reach, but they were also a source of practical, usable advice that tapped into the expertise of the professional fashion journalist Goetz, who doubled as a screenwriter.

2. Ruth Goetz as Novelist and Screenwriter