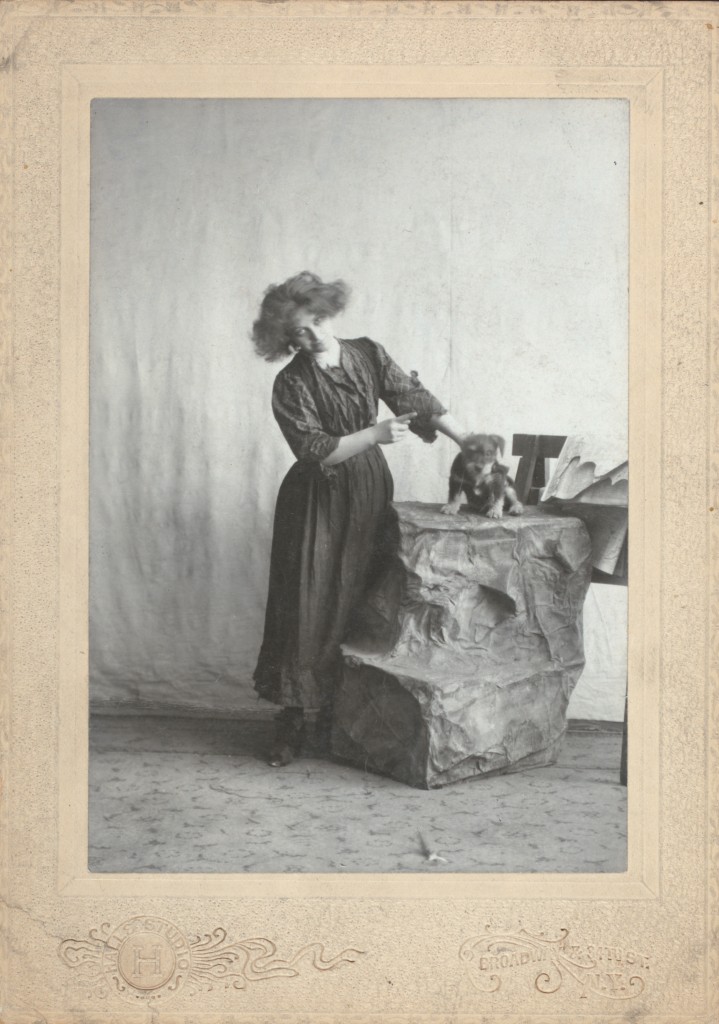 To become a playwright, all Margaret Mayo required was a plot, a stenographer, and a day. As reported in the New York Times in 1903, Mayo was performing a supporting role in “Pretty Peggy” at the Herald Square Theatre when she won a bet that she couldn’t complete a play in twenty-four hours (6). Attuned to the freshness of farce, the twenty-one-year-old actress accepted the wager, sketched her scenario, and dictated through dinner, producing “The Mart,” a comedy in three acts, minutes before midnight.

Having already adapted Ouida’s novel Under Two Flags in 1901 so she could play the role of Cigarette, Mayo’s new coup de théâtre prompted an almost instantaneous retirement from the stage. She averaged at least a play per year until 1917, at which point she left play writing for screenwriting, according to the New York Times (39). Women playwrights proliferated during the era of the New Woman. In 1910, female writers wrote thirty percent of the plays produced in New York (Engle 29). Professional theatre on Broadway was particularly robust, and accomplished writers such as Mayo commanded $65–$100,000 for a new play (Engle 33).

After her successful 1907 adaptation of Victorien Sardou’s 1880 play “Divorçons”/“Let’s Get a Divorce,” Mayo wrote “Baby Mine,” an original farce par excellence. Presented around the world from Japan to Berlin, “Baby Mine” was revived multiple times on the Broadway stage and remade into several films. Mayo’s work in cinema and theatre connects 1880s French farce with the remarriage plots of the 1910s and ’20s cinema as well as subsequent sound era screwball comedies (Vermillion 360). As a result, she can be considered a key figure in the history of novel to stage to screen adaptation.

Born near Brownsville, Illinois, Lillian Elizabeth Slatten, or Clatten, was raised on a Midwestern farm and educated at the Girl’s College in Fox Lake, Wisconsin; the Convent of the Sacred Heart in Salem, Oregon; and Stanford University, which she attended for one year (Browne and Koch, 307). Still in her teens, she traveled to New York City to pursue acting, adopting the stage name Margaret Mayo. In 1896 she performed in William Gillette’s “Secret Service” with Edgar Selwyn, a fellow actor-writer whom she subsequently married in 1901 and then divorced in 1919. 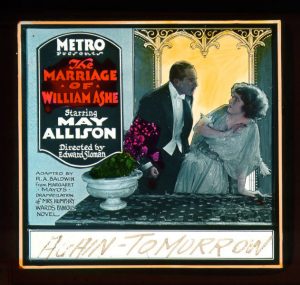 Mayo’s earliest efforts were adaptations of novels, as in Mrs. Humphrey Ward’s The Marriage of William Ashe (1905) and Upton Sinclair’s The Jungle (1907). Her first original play, “Polly of the Circus” (1907), was her first great success. She subsequently wrote the hit farces “Baby Mine” in 1910 and “Twin Beds” in 1914,  adapting them several times for the silent screen. A founding partner of the Goldwyn Pictures Corporation in 1916 with her husband Edgar Selwyn, his brother Archibald Samuel Goldfish, and Arthur L. Hopkins, Mayo contributed the screen rights for “Polly of the Circus” for her $75,000 share. Starring Mae Marsh and Vernon Steele, Polly became Goldywn’s first production in 1917. A second version was produced in 1932 with Marion Davies and Clark Gable.

After World War I, Mayo’s awakened social consciousness led her to work beyond Broadway and Hollywood. In 1918, she participated in the Program Committee of America’s Over-There Theatre League, leading the first unit of artists entertaining US soldiers in France according to the New York Times. In 1926 she signed the Agreement of American Dramatists, a document that ultimately led to the establishment of the Dramatists Guild. As a resident of Croton-on-Hudson, Mayo was active in environmental and other community issues. In 1932 she arranged for the Eastern mystic Meher Baba to reside for a year in a fieldstone house on her estate, according to the New York Times, a gesture of hospitality reflecting her attraction to the spiritual, thirty years after her first publication in 1901, Our Fate and the Zodiac: An Astrological Autograph Book (N2). 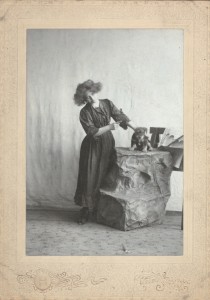 Mayo’s work often hovered between the plausible and the astonishing. She employed parody, satire, and especially farce to dramatize social issues, relishing every opportunity to overturn dramatic conventions within credible situations. In an article in the New York Times in 1910, she advised aspiring writers: “It isn’t necessary to even keep the ‘sympathy’ of the audience in one place… All you’ve got to do to hold an audience is to startle it. Give it a surprise of some sort, even if it is a surprise that has been expected, if such a paradox is permitted.” Mayo’s best farces present a subtle challenge to perennial wisdom on social class and marriage, and as a consequence, they continue to work. At least two  adaptations of Baby Mine have been produced internationally—the 1954 Finnish-Japanese Minako Isa! and the 1967 Mon Bébé, for the French television series Au théâtre çe soir.