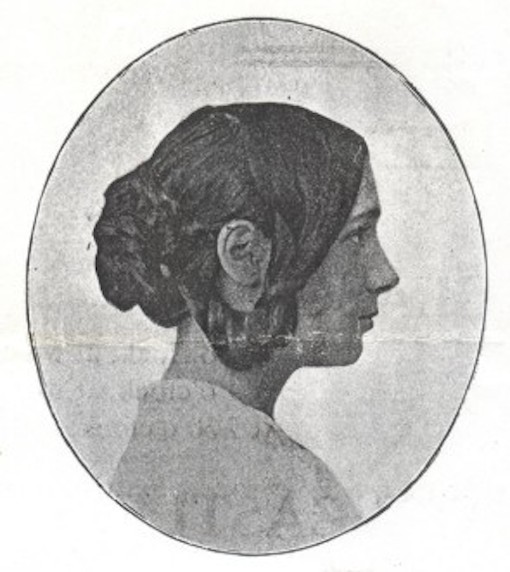 Jackeydawra Melford was really called Alice Bradshaw Jackeydora Melford. There are many ways to spell her name, but Melford herself wrote it as Jackeydawra. She was the daughter of theatre actor Mark Melford, who possibly named her after a popular comic opera that he wrote, and in an interview with Audrey Wadowska in 1963, Melford also claims that this opera was the basis of her father’s film The Herncrake Witch (1912). It is an extraordinary name for an extraordinary woman. An audiotape interview from 1975 focuses on her beginnings performing on stage in her father’s comedy sketches in music halls from the time she was very young. She may even have been born while his theatre company was on tour in Nottingham. Audrey Wadowska suggested to Tjitte de Vries that this videotaped interview was intended to be the start of a full autobiography, although there does not appear to be evidence of further work on such a project. As typed, the manuscript only amounts to three pages. Melford’s brother Jack and sister Mavis were also actors and Jackeydawra acted in at least two motion pictures directed by her father, The Land of Nursery Rhymes (1912) and The Herncrake Witch, but she may have appeared in many more, we learn from an interview conducted with her on the Isle of Sheppey in 1963. She completed one film, The Inn on the Heath (1914), as director, producer, and actor after her father suddenly died in January 1914. Melford was an active suffragette and joined Emmeline Pankhurst’s movement, the WSPU. Arthur Melbourne-Cooper displays a slight annoyance at having had to bail “his” star actress out of jail a couple of times for her violent protesting, he stated in an interview with Audrey Wadowska and other family members in 1956. She married Wallace Colgate in 1915 and together they lived a large part of their lives on the Isle of Sheppey in Kent, all of which is documented in sources held in the Arthur Melbourne-Cooper Archive. 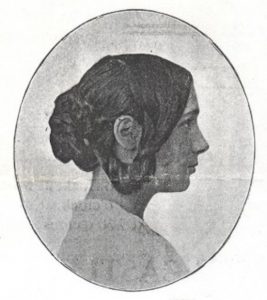 Mark Melford was quite a famous theatre actor and playwright and as such was contracted to the Heron Film Company, probably around mid-1912. He directed many of his own short sketches, of usually around five hundred feet, in which he also acted. Joint managing director of the company with Andrew Heron at this time was animation film pioneer Arthur Melbourne-Cooper, and thanks to his daughter, Audrey Wadowska, who made reassembling Melbourne-Cooper’s films her life’s work, we have videotaped interviews of Jackeydawra Melford as well as Wadowska later interviewed about those interviews by Tjitte de Vries. Wadowska interviewed Melford many times and rescued some of the 35mm nitrate positive motion picture prints that Melford kept in precarious conditions in her house on the Isle of Sheppey. Among these films were the Heron Company The Herncrake Witch (1912) and the Brightonia film Flying from Justice (1913), both adaptations of plays written by Mark Melford. Jackeydawra Melford refers to The Herncrake in great detail in her interview with Wadowska in 1963, and remembers a lot about the process of filming it. She even criticizes the back-up camerman for his incapability of filming tricks, as she was used to Melbourne-Cooper’s expertise. Prints of these films as well as the taped interviews are now in the Arthur Melbourne-Cooper archive in Rotterdam. Wadowska and Melford also had a regular correspondence, and many of Melford’s letters have been preserved. Although Wadowska repeatedly encouraged Melford to remember details about her involvement with early cinema, Melford either did not remember, or, as Wadowska seems to think, was reluctant to share her knowledge. Another theory is that the senior Melford and Melbourne-Cooper apparently did not get along well. Mark Melford’s tendency to overact, big star though he may have been on the stage, did not translate well onto the screen, and he was very demanding behind the scenes as well, something we glean from the 1963 interview that is confirmed by Wadowska, interviewed in 1981, and also by a 1913 article in the Cinema (37).

Mark and Jackeydawra Melford, father and daughter, were working together on a new film when he suddenly died in January 1914, and that film, The Inn on the Heath, was finally released in November 1914. We wonder exactly what stage they were at in the production in January, but the fact that Jackeydawra Melford has been credited with directing it suggests that it may not have been shot or was only partially shot. Since Mark Melford is credited as an actor, we wonder if he appeared on screen. In her interviews with Wadowska, Melford insists she only finished the film and that it was really her father’s project. However, she does recall that it was she who asked her father to come up with a story for a highwayman film.  The film was produced under the name Jackdaw Films, a company especially created by Melford to release it. Although some comedies were later issued by Jackdaw, Melford’s claim was that someone had just used the name. The Inn on the Heath was distributed by R. Prieur & Company, and in the 1963 interview, Melford suggests that the original print of the film probably stayed at Prieur’s office because they wanted to make more positive prints. However, when the war broke out, the person in charge enlisted, and this confused things, explaining why it was not among the nitrate prints she kept on the Isle of Sheppey.

In 1914 the trade magazine the Bioscope visited Melford at the Prieur offices to screen the film and in print exhibited enthusiasm for this “new British lady producer’s” first effort, making it clear that she had been the director as well as the producer of The Inn on the Heath (253). A later review by the Bioscope included a film still, revealing it to be a costume film set in 18th century London that had been partly filmed on location at the Staple Inn. These settings were praised as “extremely picturesque” as were the romance, humor, and resourceful action. Although by all appearances a typical highwayman film, it is actually the girl, played by Melford, who rescues her highwayman lover from prison and prevents her stepfather from murdering him. The Bioscope critic concluded that although it was no masterpiece, “it reveals a surprisingly firm grasp of picture play technique besides real artistic sensibility on the part of its maker” (253). In her interviews from 1979, Wadowska recalls that Melford could remember going to the York castle museum to do research for a highwayman film, which supports the possibility that the film had really been her idea in the first place.

Even though we can only confirm one directorial credit, Melford has somehow become known as the first woman to direct a British film. She is even mentioned as such in the Guinness Book of Movie Facts and Feats (121). I would contest this because it is true that Ethyle Batley directed many motion pictures in the 1910s. Rather than making factual statements, however, it is more interesting to trace the assumption. In an interview with Tjitte de Vries in 1981, Audrey Wadowska suggests that it was Melford herself who promoted the idea that she was the “first woman,” evident in the way she responded to the interviewers from the Bioscope and the Cinema. In 1913, the Cinema reported that Melford at that point was already “developing an ambition to master the mysteries of the camera” and that she had “acquired that technical knowledge of the art of film-making” that has made her “an invaluable assistant to her able chief” (37). In 1914, after her father’s death and with her own film finished, Melford could have been promoting herself as unique in the film industry, defining herself without her father. Unfortunately we know of no other involvement she may have had in that industry, and the interviews imply that the outbreak of World War I was the end of it all. Tjitte de Vries’s lecture at the Arthur Melbourne-Cooper Archive in 2005 is illuminating. There is a clue to be found in correspondence deposited in the Arthur Melbourne-Cooper in the form of a letter written by Melbourne-Cooper from the early 1920s in which he explains some techniques of animation filmmaking, complete with drawings of a set with camera positions and angles. This letter was written in reply to Jackeydawra Melford, who had written to him for advice because she had bought a camera and was planning to make her own animated film.

McKernan, Luke. “Jackeydawra Melford.” The Bioscopic: Reporting on the World of Silent and Early Cinema (18 May 2007): n.p. http://bioscopic.wordpress.com/2007/05/18/jackeydawra-melford/

Terpstra, Mirte. Girls from the Sky; A Critical Catalogue of Women in the Production of British Silent Cinema, 1914-1918. Nottingham: Univ. of Nottingham, 2006.

Excerpt from The Herncrake Witch (1912) via East Anglian Film Archive

Denis Gifford credits Jackeydawra Melford with the story for The Inn on the Heath (1914), but no one with the script itself.