The previous lack of even the most basic published information on Ida Jenbach is symptomatic of the long scholarly neglect of Austrian cinema history in and outside the country. With research, restoration, and archival work beginning in the last decade of the twentieth century, much has been reclaimed and often examined for the first time. This includes the rare female artists behind the camera, and the careers of those who perished in the Holocaust. The triple layer of cultural amnesia surrounding the work of screenwriter Ida Jenbach as Austrian film talent, female artist, and Shoah victim is a case in point.

Jenbach, born 1868, either June 4th or 16th, depending upon the source, as Ida Jakobovits in Miskolez, in the former Austria-Hungary, now Hungary. She studied acting at the Vienna Conservatory and gave her stage premiere in Mannheim in 1888, and subsequently found acting work in theatrical productions in Vienna, Munich, Salzburg, and Kronstadt. With the establishment of a film industry in Vienna, Jenbach was employed as the dramaturge for Wiener Kunstfilm or Viennese Art Film, the studio of Austria’s first female film pioneer, Louise Kolm, who, along with Count Sascha Kolowrat, led Viennese film production through World War I and into the mid-1920s. Although Kolm would share or give her husbands—first, director Anton Kolm, then cameraman Jakob Fleck—credit for her screenwriting, editing, direction, and production, leaving her own official film credits inconclusive, her realization as a filmmaker must have been influential on Jenbach. Kolm, with Fleck, directed the film on which Jenbach received one of her first recorded credits as screenwriter, Der Geisel der Menschheit/The Hostage of Mankind (1918). Der Schmuck der Herzogin/The Jewels of the Duchess (1917) followed, which Jenbach cowrote with Edmund Porges, but since no director is credited, we could speculate that it may have been directed by one or both of its writers. Next, just prior to the collapse of the Austro-Hungarian monarchy, Jenbach wrote what is one of the few German language detective films of the era, Frauenehre/Women’s Honor (1918), directed by Georg Kundert.

Jenbach did her most of her screenwriting for Austrian directors Hans Karl Breslauer and Max Neufeld and helped develop new genres for both of them. She was also a scenarist for Carmen Cartellieri, a leading silent screen star who formed her own production company and created one of the first significant roles for future German-language leading man and film director Willi Forst in Breslauer’s Oh, du lieber Augustin/Oh, Dear Augustin (1922). Strandgut (1924), about a female shipwreck survivor who is rescued and pursued by two brothers, directed by Breslauer and staring Forst, shows Jenbach’s talent in furthering neorealistic melodrama and location-shot productions. The character constellation of a woman caught between the desires of two men, and the equation of the female with dangerous natural forces became a dependable trope in the so-called Bergfilm or mountain film genre of the late 1920s and early 1930s. 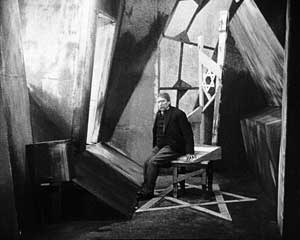 Jenbach’s most well-known film is Die Stadt ohne Juden/The City Without Jews (1924), for which she adapted the popular satirical novel on anti-Semitism by Hugo Bettauer. Directed by Breslauer, Jenbach’s script of Bettauer’s A Novel About the Day After Tomorrow, as it was subtitled, was met with more controversy than the original publication of the novel, particularly in National Socialist and other anti-Semitic circles. Literary critics tend to agree that Bettauer’s novel was not intended as a visionary warning against a future expulsion of the Jews from Austria, but as a commentary on the absurdity of bigotry. Economic disaster in the city of Utopia, visually indicated as Vienna, leads to the expulsion of the Jews, who are then asked to return when the original problem is only exacerbated by their expulsion. A romantic pairing symbolically reunites the divided culture. Jenbach contextualizes the novel’s satiric political statement with a mollifying ending in which the narrative is revealed to have been a dream by an anti-Semite locked in an Expressionist Dr. Caligari-like cell. Unfortunately, the subsequent murder of author Hugo Bettauer by a Nazi party member resulted in a limited release of the film; screenings were greeted with violence or stink bomb attacks and cuts were made by alarmed theatre managers.

Although Jenbach never received credit for film direction, she became the only female member of the Austrian Directors Club. There is the possibility that she assisted in the direction of Der Schmuck der Herzogin, and, following the  model of Louise Kolm, Jenbach might also have codirected other screenplays she wrote for the Kolm-Fleck team as well as for actress-producer Cartellieri. Writer-director Heinz Hanus, who had worked with the filmmaking couple at the very inception of studio production in Vienna, headed the Club, and it was with Hanus and the founder of the Austrian Stage Association, Alfons Bolz-Feigl, that Jenbach cofounded the Vereinigung aller am Filmschaffenden Österreichs, or the Union of the Austrian Film Industry, more commonly known as the Filmbund in late 1922. The organization set standards for protecting the industry’s interests during the time of crushing inflation and unemployment, fighting for copyright protection and engaging in labor arbitration.

Jenbach again courted controversy with her adaptation of nineteenth century Austrian author Ludwig Anzengruber’s play “Der Pfarrer von Kirchfeld” as Der Pfarrer von Kirchfeld/The Pastor of Kirchfeld (1926). It was the second of three film versions of the play to be directed by Louise Kolm and Jakob Fleck, and featured a young German actor who was to become noted Hollywood director William Dieterle. Although interpreted as a Heimatfilm, a rural melodrama in which provincial tradition resolves conflict, Jenbach maintained aspects of Anzengruber’s naturalist drama critical of Catholicism. Her pause in screenplay production between 1928 and 1930 remains unexplained, but it may have been due to her adjustment to the challenges of the new sound film. When Jenbach returned to writing, she worked in the German film industry and again primarily for the Kolm-Fleck team, which had moved to Berlin in 1923. Most of these features were produced by Berlin’s female silent picture mogul, Lydie, or “Liddy,” Hegewald. Jenbach now abandoned the socially critical aspects of her earlier work and concentrated on operettas. Gabrielle Hansch and Gerlinde Waz quote Kolm’s son on the popularity of these imperial-era romances, referring to “[the] Viennese films that were so popular in Berlin.” Among these is Jenbach’s screenplay for director Max Neufeld’s first sound film, Opernredoute/Opera Ball (1931), which the New York Times praised (1931). When the film was remade the following year in England as After the Ball (1932), only Neufeld received credit for the original screenplay. 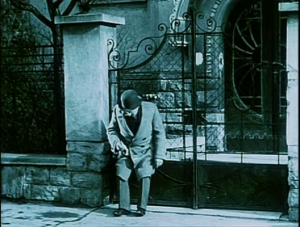 Because she was of Jewish extraction, although she claimed the Protestant faith, as was Jakob Fleck, neither Ida Jenbach nor the Kolm-Fleck team were able to work in German film after 1933. Jakob Fleck and Louise Kolm returned to Vienna, but Jenbach did not continue with them, and her final credit is as cowriter for the sound film Hoheit tanzt Walzer/His Highness Waltzes (1935), a lavish Viennese film-style operetta directed by Max Neufeld. Produced in Prague, the film was simultaneously shot in German; French, as Valse éternelle; and Czech, as Tanecek panny Márinky, with each version featuring a different cast. With the German ban on Jewish and other so-called “unacceptable” film artists, racial laws governing film imports from Austria, and Nazi infiltration into Austrian production, a secondary “independent” film industry emerged in Vienna. This consisted of films made with Czechoslovakian and Hungarian studios by German émigrés and Austrians not allowed to work in films exported to Nazi Germany. Jenbach was well suited for this work in internationally marketable contemporary and socially critical comedy, and it remains a mystery as to why she did not remain active. A factor in her exit may have been the two professional relationships that soured. Heinz Hanus, who continued to head the Austrian regime’s successor to the Filmbund, the union that she cofounded with him, supported the outlawed Nazi party and provided “racial” information regarding performers and crew to producers. Director Hans Karl Breslauer, who retreated from filmmaking after Die Stadt ohne Juden, became a Nazi party member in 1939.

Jenbach was forbidden to work following the German Anschluss in 1938, and in 1941 she was deported to the ghetto at Minks which was liquidated in 1943, so she either perished in Minsk or at the nearby Maly Trostenets extermination camp (Loacker 2003). No records survive. Jenbach’s screenwriting credits and her central involvement in professionalizing the Austrian film industry suggest the significance of women’s contribution to early Central European film production. Her life and work are crucial pieces of the puzzle we study in an attempt to grasp the historical moment of the creation and destruction of a democratic society.