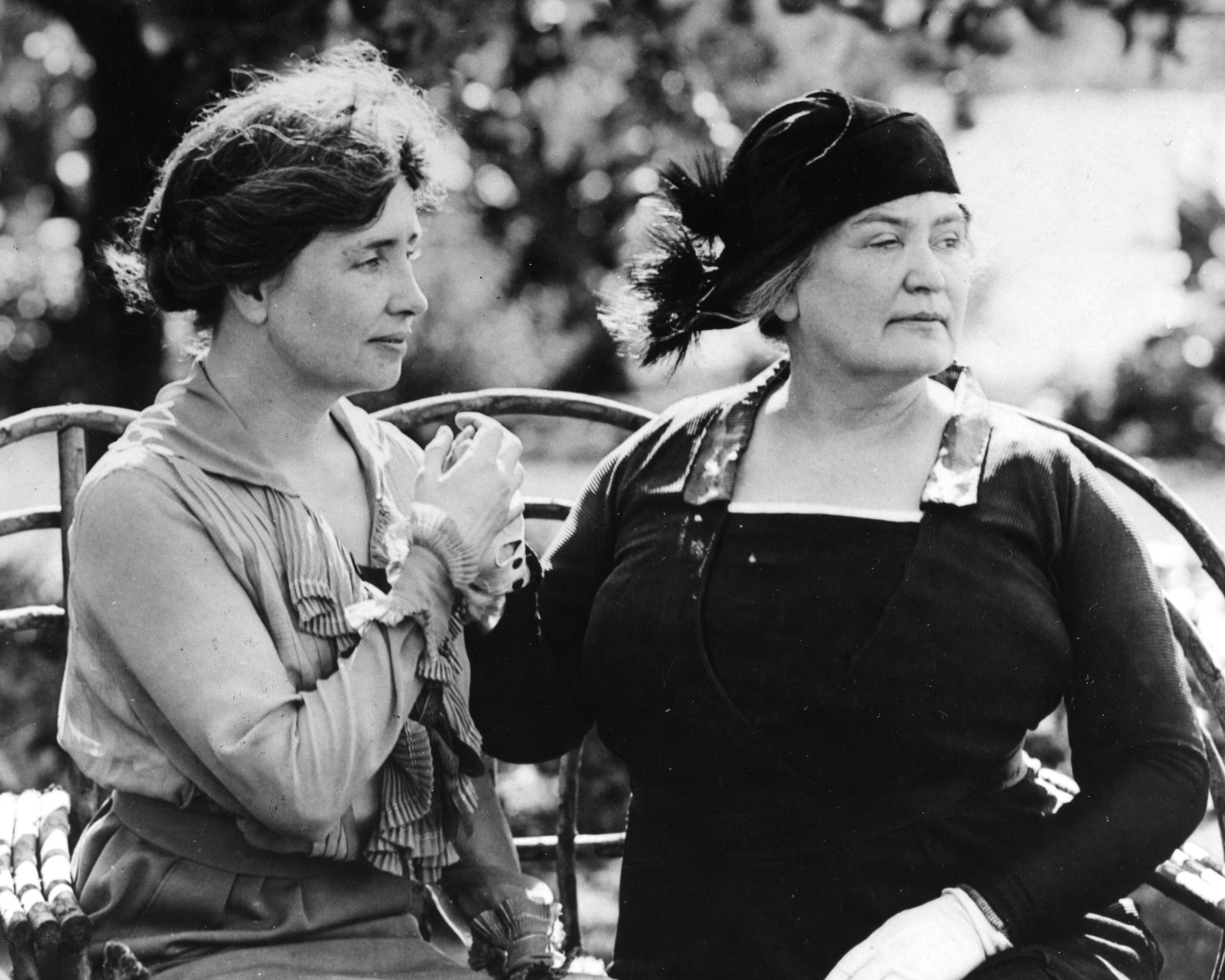 Helen Keller’s brief career in silent film began when she was approached by historian and author of the popular Photographic History of the Civil War Francis Trevelyan Miller, who hoped to write a motion picture script based on Keller’s life and work. Miller, in a January 1918 letter to Keller, argued that the motion pictures were “a universal language” and an opportunity for the deaf-blind author and activist to share her political and social message with the world. Keller, who was often frustrated by the limitations of biographical interest in her life, responded to the broader vision of the project and wrote, typing in her distinctive typing style, back to him in April: “So according to your conception, the interest of our life-drama will not be confined to the events of my life, but will be spread out all round the world [… ] and bring many vital truths home to the hearts of the people, truths that shall hasten the deliverance of the human race.” This rhetoric becomes more pointed in the context of Keller’s public life; she had been a politically active Socialist since 1912.

With money raised through Keller’s philanthropic connections and George Foster Platt hired as director for the film, the Helen Keller Film Corporation was created in May 1918. Miller became its president, and production of the film Deliverance began. Despite the alleged universality of the medium, everyone involved found that significant translations were necessary for the director to communicate with the film’s star, Keller herself. After Anne Sullivan Macy had interpreted Platt’s directions for Keller, or she had read his lips with her hands, Platt would tap on the floor during actual filming to cue Keller’s movements and facial expressions. Reports of this process appear in various publicity articles, but the most detailed descriptions of the film production, and its difficulties, come from Keller’s memoir Midstream and her correspondence from the period. 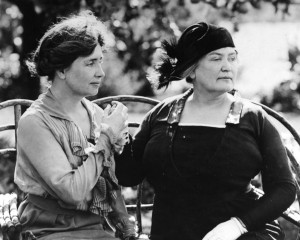 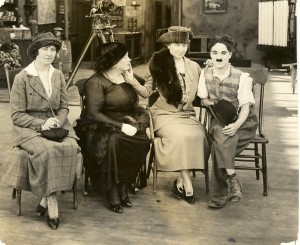 Polly Thompson, Anne Sullivan Macy, Helen Keller, and Charlie Chaplin on the set of Shoulder Arms (1918). Courtesy of American Foundation for the Blind.

In her 1929 biography Midstream, Keller writes of an initial “exaltation” over the decision to attempt “a mystical unfoldment of my story” rather than “a matter of fact narrative” (195–200), but after Keller and Macy viewed a version of the film, with Macy finger spelling descriptions of the action and images, Macy wrote Miller with a list of objections. Macy and Keller revised and edited the existing titles and requested the editing or removal of various scenes. Meanwhile, Keller contacted the film’s investors, invoking in an April 1919 letter the “right to reject the picture if it does not satisfy us.” For the investors Keller described, indignantly, “a scene called ‘The Council Chamber,’ where all the great generals, kings and statesmen are assembled in a sort of peace conference. I enter … and proclaim the Rights of Man rather feebly. There is no foundation in fact for such a scene, and the symbolism is not apparent. We want it omitted. This scene is followed by a Pageant with me on horseback, leading all the peoples of the world to freedom—or something. It is altogether too hilarious to typify the struggles of mankind for liberty.”

Unfortunately, the producers did not take Keller’s perceptive critique of the weakest elements of the film seriously. The extant version of the film includes much of the footage that Keller and Macy found objectionable and actually opens with the scene in “The Council Chamber.” The following two “acts,” titled “Childhood,” in which Keller is played by a child actress, and “Maidenhood,” loosely follow Keller’s 1903 autobiography, The Story of My Life, and did meet with Macy and Keller’s approval. Some of the more fantastic scenes of Keller’s “Maidenhood,” including a daydream romance with Homer’s Odysseus, reveal the influence of Keller’s literary metaphors, as well as the influence of the sensorially rich descriptive literary style of her 1908 essay collection The World I Live In. Still, Keller and Macy were disappointed with the film.

In their correspondence with the filmmakers, Macy and Keller repeatedly insisted that they wanted the film to include scenes from the rehabilitation hospitals where blinded World War I veterans were learning to adjust physically and psychologically to their disabilities, work Keller was then advocating. These scenes would have been more in tune with Keller’s pacifist and socialist opposition to a war that, as she writes in “Strike Against War,” would take “the lives of millions of young men; other millions crippled and blinded for life; existence made hideous for still more millions of human beings” (79). One can’t help but contrast this statement of Keller’s antiwar sympathies with the images of the uplifting and heroic blinded soldier that appears beside the adult Keller in the film’s final scenes.

Keller had planned to speak at the August 1919 New York premiere of the film, but an actors and musicians strike was underway in the city and, according to the New York Times, “when she learned that the actors were striking against the Schuberts, who own the Lyric [the theatre premiering Keller’s film], she declined to come to the theatre” (1). The film was not successful at the box office, and distributor George Kleine eventually wrote to Keller that the film would be distributed for educational purposes and that he had removed the Nadja story to satisfy her.

1. Helen Keller as Actress and Producer

Deliverance (1919) is streaming online via the Library of Congress