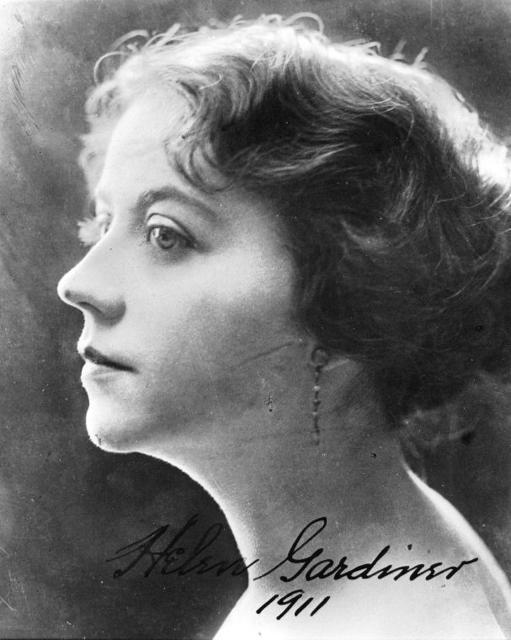 Helen Gardner’s silent film career peaked three times. The first peak came in 1911 with her performance as Becky Sharp in Vanity Fair (1911), important as an early three-reel film, forerunner of four-reel and longer feature films. A review in the Moving Picture World praised the Vitagraph Company of America for the film’s wonderful fidelity to Thackeray’s novel. The reviewer was thrilled with Gardner’s performance: “We might ramble on for hours in ecstasies over the superb work of Miss Gardner and at the end of that time have given but a faint idea of what we saw her do” (887). When Vanity Fair was released, in December of 1911, Gardner had been with Vitagraph about a year and a half. 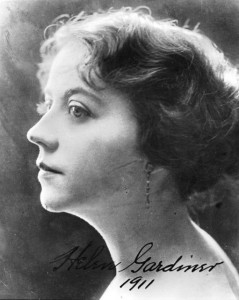 The second peak of Gardner’s career came when she formed her own production company, Helen Gardner Picture Players, which she publicly announced on May 22, 1912, in the New York Dramatic Mirror (27). For a woman, to walk away from success and relative security at Vitagraph in order to attempt an independent way of satisfying her ambitions was a bold and unconventional move. Gardner’s vision too was bold. She was embarking on a moviemaking venture whose stated purpose was to specialize in large feature motion picture productions of five and six reels in length.

Gardner was the first actress to strike out on her own for independent production. Although Marion Leonard and her director husband Stannar E. V. Taylor had left the Biograph Company in 1911 to start the Gem Motion Picture Company, Gardner did it alone. And she was the first to state that her reason for forming her own company was to produce feature films, to which Vitagraph was not yet committed. With her daring move, Gardner was several months ahead of Gene Gauntier, and she predated Lois Weber, who may have left the Universal Film Manufacturing Company in 1914 to go with Bosworth because of a similar desire to move into feature-length motion pictures before Universal was ready (Mahar 2006, 92). As with other star companies begun in this 1912–1913 period (Ethel Grandin, Florence Lawrence, Florence Turner), production as well as promotion was organized around Gardner, who always played the lead.

Gardner’s name has been linked in film histories with Charles L. Gaskill. She worked with him at Vitagraph and then hired him to direct her own productions. It is not unusual for a man to be given more credit than he deserves, but in this case, it has prevented Gardner from being recognized for her very real accomplishments, especially as a woman founding her own production company. Gardner and Gaskill may have at one time been lovers, but as her granddaughter, I know they were never married, despite what many amateur and professional film historians would like to believe. Gaskill essentially got a free ride with Gardner, as it was her family money that financed the new venture, and it was her reputation, talent, and magnetism that made it the success it was. 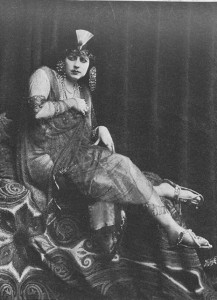 The third peak of Gardner’s silent film career came with the release of Cleopatra (1912). On June 15, 1912, she announced in the Moving Picture World that her company’s first production would be a five-reel [sic] version of Cleopatra based on the Victorien Sardou play (998). William Reeves Harrison, Moving Picture World critic, was enthusiastic about the film as well as about Gardner’s performance, declaring it one of the greatest he had seen: “Her impersonation… is full of varied moods as the character of Cleopatra must have been, at one time the incarnation of tigerish ferocity, at another imbued with the seductive languor and delightful enervation of tropic temperament. With all the witchcraft of a worldly woman and all the wondrous charm of a naturally beautiful one, she holds the eye every moment she is on the scene, so that all the merits of those playing up to her are merely comparative…. I think her performance will rank as one of the greatest ever shown on the screen up to the present time” (859). Today, people who watch Gardner in the restored Cleopatra on Turner Classic Movies express similar enthusiasm. Her magnetism lives on.

Gardner did not invent the motion picture feature; she was what we now call an “early adopter.” European producers had already, as early as 1911, begun making longer and more elaborate films of up to five reels as part of a strategy to attract middle-class audiences. Adolph Zukor, an exhibitor who had started in 1903 with an investment in a New York penny arcade, believed not only that the European motion picture features would draw middle-class Americans but also that films of plays starring famous stage actors and actresses would attract even more of them (Abel, ed. 2005, 710). Zukor launched the Famous Players Motion Picture Company and presented the French four-reel Queen Elizabeth, starring Sarah Bernhardt, in New York in July 1912. He had guessed right, as had Helen Gardner. Feature films did attract the middle classes to motion pictures, increasing audience size and consequently exhibitors’ profits.

Gardner promoted her feature productions heavily and handsomely, with exquisite ads in the New York Dramatic Mirror, among other publications. Her dedication to high quality, literary, uplifting, and cultured motion pictures reveals her idealism, hopes, dreams, and ambitions. More work could be done to situate her performance style as well as the screen persona she developed. This study might begin by considering the relation between her screen performance and her studies in drama and pantomime at the school that later became the American Academy of Dramatic Arts. A close study of extant Helen Gardner Picture Players productions, Cleopatra (1912), A Daughter of Pan (1913), and A Sister to Carmen (1913), shows that she was a wonderfully expressive and sensuous actress for her day. This is seen in the dynamism of her facial expressions, the beauty of her moving hands, and the undulations of her body, which also need to be considered in terms of historical definitions of screen eroticism and the attempts to censor it. One local historian thinks that Helen Gardner was the first screen “vamp,” appearing three years before producer William Fox capitalized on Theda Bara in A Fool There Was (1915). This historian notes that censors cut Gardner’s “death dance” in Cleopatra, finding it “entirely too raw,” and that, for its time, A Sister to Carmen was shocking as well (Sessions 12).

Sadly, Helen Gardner’s potential was cut off all too soon. In 1914, unable to compete with other producers who had deeper pockets, better connections through the “old boys’ network,” and shrewder business sense, she was forced to close her company. She returned to working for Vitagraph and other studios, including Rex, IMP, and Gold Seal, where she acted, directed, and wrote scenarios. In 1918, she founded another company and produced a remake of Cleopatra. By 1924, her screen career was over. © Dorin Gardner Schumacher.

2. Helen Gardner as Actress and Producer

3. Helen Gardner as Actress and Producer

The Show Girl (1911) via the EYE Filmmuseum (Dutch intertitles)

An Innocent Theft (1912) via the EYE Filmmuseum (Dutch intertitles)

FIAF does not credit Gardner for The Freshet, Her Boy, Illumination, Inherited Taint, The Old Silver Watch, Tale of Two Cities, or Treasure Trove. She is credited in Braff and Spher. Madge of the Mountain is not listed on FIAF, but Spher does credit Gardner. IMDb is the only source that lists Gardner in The Wooing of Winifred. The New York Public Library has a 16mm, 2 reel copy of Cleopatra. Only two out of three reels of A Daughter of Pan exist. The Dorin Gardner Schumacher Collection has a restored version of A Sister to Carmen.