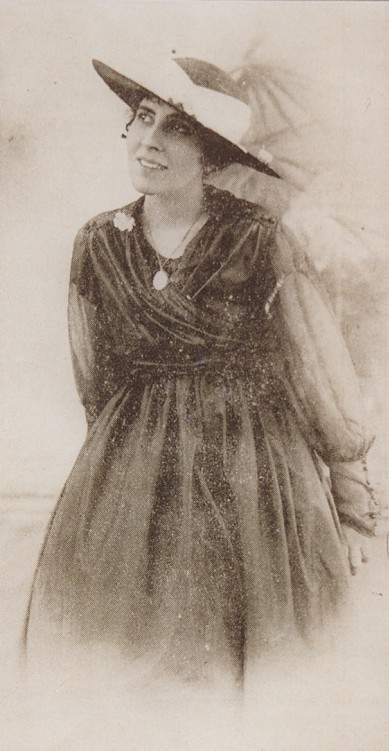 When she was very young, Gabriela von Bussenius Vega wrote the story of La agonía de Arauco/The Agony of Arauco (1917). In this, she reminds us of Cándida Beltrán Rendón, who also later adapted a story she had written as a young woman. During this time, von Bussenius Vega was also writing essays and film commentary published in the celebrated magazine, Zig-Zag. Around this time she met and married an Italian, Salvador Giambastiani, considered one of the founders of Chilean national cinema, who had just joined with two businessmen to found the Chile Film Company. 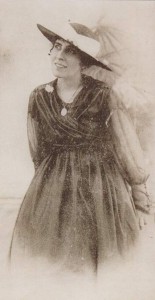 One of the first films they produced together was La agonía de Arauco, for which they divided the work, with von Bussenius Vega in charge of the story and art direction and Giambastiani, the technical side of direction. La agonía de Arauco called for a number of natural locations, which necessitated extensive travel throughout Southern Chile in order to film traditional customs and practices, which served as background for the narrative. The film tells the story of a woman’s love and her subsequent desolation following the death of her husband and son. La agonía de Arauco was well received by the press, as evidenced in a review in Diario El Ilustrado, calling it a “happy attempt” and praising its “freshness” and cinematography. Another reviewer, in Diario El Mercurio de Santiago, however, was less impressed and commented that “the main thread of the story is a failure” and that “the Indians are nothing but some red skins in disguise.” Giambastiani’s death in 1921 marked the end of von Bussenius Vega’s career in silent film, although her brother Gustavo went on to work in the Chilean film industry. In the years that followed, von Bussenius Vega alternated her activity between journalism and film criticism and also edited two magazines, Mundo Social and Cinema Magazine. She wrote plays, including “El regreso/The Return” and “La torre de Babel/The Tower of Babel,” both of which were performed in different locations around Chile with some success. She directed plays for children and published a novel, Mis amigos los cisnes/My Friends the Swans. After her abandonment of all literary and artistic activity, she spent many years in a retirement home and died on January 28, 1975. Upon her death, von Bussenius Vega was hesitantly remembered as “the first Chilean female filmmaker.”