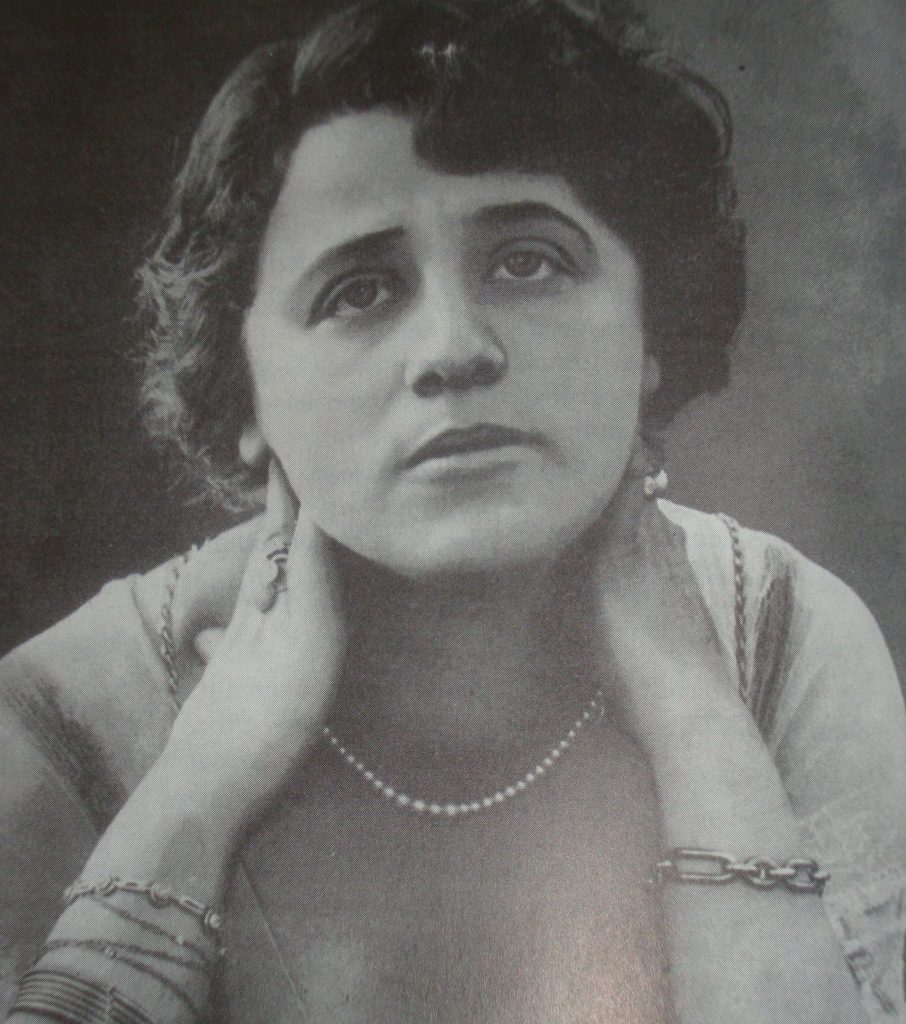 Bianca Virginia Camagni was one of the first women directors in Italian silent cinema, as well as one of the most important if we take into consideration the few scattered reports in the film magazines of the time. The sources are unanimous in describing Camagni as a woman of uncommon talent and acuteness with a lively intelligence. She built around herself a unique culture based on her personality, films, collaborations, and network of relationships that made her a very special kind of diva, at variance with the mainstream conventions of the times. 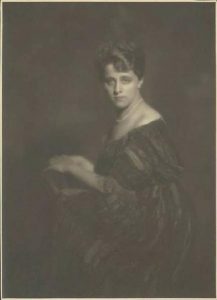 In October 1939, her collaborator, Tito A. Spagnol, her partner at Camagni Films, thus described her:

Bianca Virginia Camagni whom many of you still remember, was a blonde woman from Lombardy. She was practical and energetic in an almost masculine way which, added to her feminine qualities, made her a charming and ever-changing creature. She was not arriving as other actresses of that time, from concierge or kitchen, but was instead educated, refined, spoke several languages and was a fine and sensitive pianist; she had traveled in Europe, loved the company of writers and artists, being an artist herself albeit occasionally. Whenever she was forced to distance herself from this art [film] it was the aversion to having to be subordinate to people whose talent and culture were unlike her own. Nothing was more natural then, with so much potential, than to aspire to do film herself, that is to create, as was said of those of a film who were not only its performers, but its writers and directors in concert (285).

According to a writer going by the name “Hover,” Camagni’s film career began in 1914 as an actress at Milano Films, which straight away decided to dedicate a series of films to her. As Hover writes in Maggese cinematografico:

Milano Films is resolute in its decision to inaugurate a new series about Miss Bianca Virginia Camagni. Hers is not a household name, by no means, however, surely if the intelligent direction of the “Milano” has decided on this new series it has its good reasons to do so. Indeed Miss Camagni’s artistic baggage includes everything that a great actress must have. To her wondrous beauty can be added a beautiful body, great class, sweetness of expression, spontaneity, verve, passion and a sentimental character. Moreover, she is blessed with a grand and innate artistic sense that will most surely lead her to the height of her career (1919, 30). 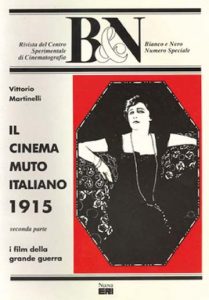 Even taking into account the number of articles that were promotional pieces, we know that Milano Films was a local and international leader and therefore that the media’s exaltation of its cultural ambitions, the choice of subjects, the use of special effects, and the wealth of decor and mise-en-scène is not an exaggeration. Milano Films was run by aristocrats, who, believing that they had an educational responsibility, hired the best known intellectuals and writers. Therefore, even though, since 1912, Milano Films had been specializing in dramas of love, the company tried to remain consistent–producing films that, while narratively straightforward and easy to comprehend by audiences, were still as elegant and lavish as the theater in terms of set design and costumes (De Berti 2000, 276-287). However, the first Camagni films came at the end of a productive time in the early Italian film industry, which was soon to be in crisis. According to a May 1915 article in La vita cinematografica, the series was interrupted by World War I, and, at the end of the war, all of the staff was fired (90). This represented a fundamental shift in the career of Camagni, but she continued to collaborate with the best Italian intellectuals and began her career as director and screenwriter. In an interview published in 1917 in Il cinema illustrato, a journalist by the name of “Arx” captures a truly poetic declaration by Camagni:

I love cinema and I feel that this ardor flares within me with such fury that one day I shall end up unable to bear it any longer. Just think, that to achieve my goal I subject myself voluntarily to an iron discipline. To be able to follow after the spirits who rise of my fever, I want to breathe to the rhythm of boundless freedom and not feel tied to any specific contract or be held by any circumstance that chains me. I was born to be a pilgrim as is a swallow to float in the sky like a summer cloud. And everything I do, I do myself: I weave the threads, I write the work, I do the representation. And depending on needs and convenience, I accept the invitation of this or that film company (3). 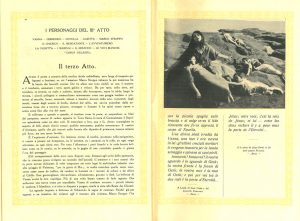 Around the time of World War I, Camagni appeared in important films like I pagliacci (1915) and Cavalleria rusticana (1916), and was the star of films of cultural validity, such as Il re, le torri e gli alfieri (1916) and La crociata degli innocenti (1917). Her exceptional interpretations of her characters made Camagni one of the finest artists of the screen, according to the most authoritative critics. For example, Francesco Manelli penned a 1916 tribute to the actress, entitled “Camagnina,” in La vita Cinematografica (212-213). When Camagni launched a career as a screenwriter and director this work was immediately acknowledged and appreciated by audiences and critics. For Galatea Films, a production company in which she perhaps had financial interests, she wrote Il figlio della guerra (1916) and wrote and directed La piccola ombra (1916). A 1916 review in the magazine Apollon recognized her work and talent, stating:

Bianca Virginia Camagni is perhaps the cleverest and most cultured among the actresses in our cinema. This is illustrated in La Piccola Ombra which she wrote and interpreted, and is a prime example of a drama whose promise and originality are thanks to the actress on the screen. There is no lack of illustrious precedents even in recent productions–[Francesca] Bertini and [Diana] Karenne being among the best–but in them is dominant the awareness of the concept of having to impersonate the most important figure in the drama, the drama was not created from an inspiration but instead to cater to the vanity of the actresses. In those cases the postures, the gestures and the expressions of the actresses were exalted but often to the detriment of the story. Bianca Virginia Camagni, diversely, was able to make the sacrifice even in trite situations in the interest of the theme of the drama itself (Rosso 11).

The films attached to Camagni were considered the “greatest hope of the new art cinema,” according to Giorgio Hortensien in 1916 (4). This hope, unfortunately, was dashed by the financial difficulties into which Italian cinema had fallen after World War I. As a consequence, the directorial career of Camagni suffered a setback and many films planned could not be produced and distributed, such as … Povero cuore..! (1917),  La compagnia della leggera (1917), a film adaptation of the novel by Luciano Zuccoli, and Usque dum viva et ultra (1917), an original film script by Irma Gramatica.

There were still some important collaborations to come, including the best known–the “poema sinfonico-visivo-corale” Fantasia bianca (1919), in which Camagni acted. According to Claudia Giordani, Camagni suffered in particular from the failure of this film when it was presented at the Costanzi in Rome on November 26, 1919. As a result, she decided to buy the film rights and try to redistribute it under a new title: Fantasia (1921), which she starred in, directed, and produced (1999, 133-148). The fact that both Fantasia and Fantasia bianca are considered lost does not allow for a comparison of the two titles. Sources are not clear as to what extent Camagni borrowed from the first film, shot by Alfredo Masi and Severo Pozzati (Scardino 1979, 56-58; 2000, 40-42; 2003, 95-104). 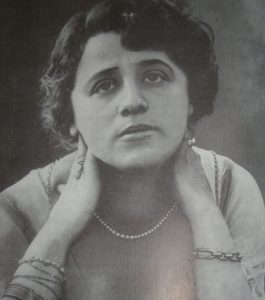 In 1920 she formed her own production house, Camagni Films, for which she conceived, wrote, directed, and acted in a few motion pictures, such as La sconosciuta (1921), La bella nonna (1922), and Il cuore e l’ombra (1922). Unfortunately, the company’s growth was blocked by market conditions abroad. For example, in Paris, Camagni could not find distribution given the French attitude that it was a waste of time to watch Italian films (Spagnol 1939, 311). The film career of Bianca Virginia Camagni culminated in a devastating fire at her own film company, according to the recollections of her nephew (Gamba 2010, n.p).

According to Martinelli, Film Arte/Pathé produced Il figlio della guerra (1916). Perhaps the film was made by Galatea, a young Milanese film company, which soon went out of business, and was then sold to Film Arte/Pathé who introduced it as its own onscreen as "Film d’eccesione" from the house of Pathé. It can sometimes be found under the title L’invasore (Martinelli 1992).