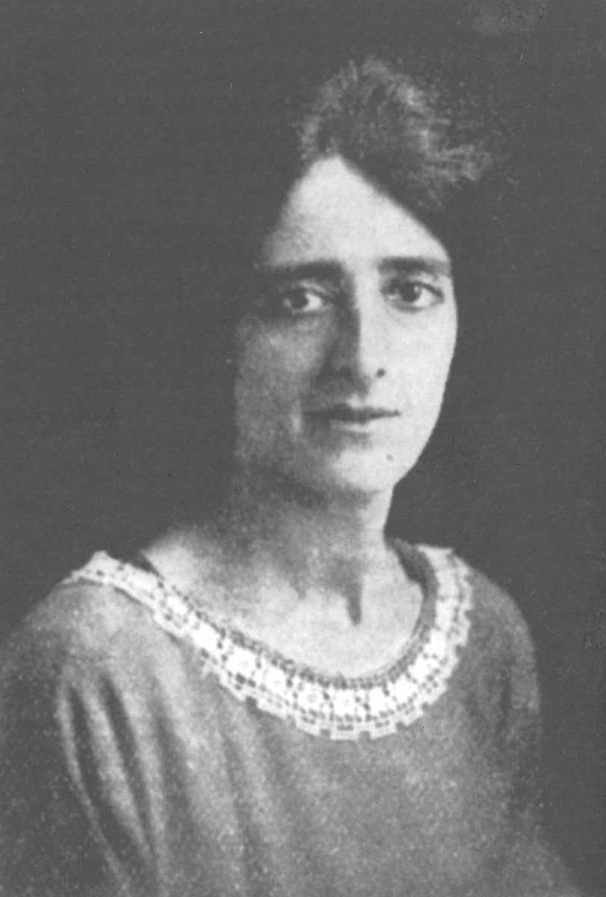 Beatrice Tildesley is a little known name. Her status as a woman, an Australian, and a critic has muffled any resonance in traditional film history. But in the 1920s and 1930s she had considerable influence as a leading member of Sydney’s cultural elite. She was one of very few Australian intellectuals to write seriously on the cinema and can lay claim to being the country’s foremost independent film critic and commentator for a decade beginning in the mid-1920s.

Beatrice Tildesley was the third of four children born into a well-to-do small manufacturing family in Staffordshire, England, in 1886. Educated in Birmingham and at Girton College, Cambridge, she left England during the First World War to join her older sister, Evelyn, in Sydney, where she taught classics, tennis, and fencing at a private girls’ school. In 1923, Tildesley “obtained the means of independence” (Rutledge 1990, 230) and thereafter she pursued the active life of a single, female, Australian intellectual: she went to the theatre, recitals, and lectures; she wrote poetry and reviews; she was a member of many political and cultural committees; an art and theatre critic; an amateur actor, and bonne vivante. From 1922 to 1924, she was the regular drama critic for the short-lived Forum: A Journal for Thinking Australians, after which she wrote occasional drama and film reviews and articles for numerous small magazines: the Triad, the Bulletin, Beckitt’s Budget, and The Home. It was her love of theatre which drew Tildesley to what she hoped would be its modern incarnation, moving pictures. For over a decade, she sought to encourage the moving picture industry and its audience to live up to their inherent possibilities. Although her numerous commentaries were couched in moralistic tones, it was the failure of art that Beatrice Tildesley most deplored. She wanted to see and to encourage the best in this most modern art form. 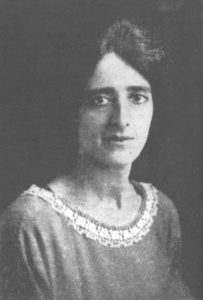 The first steps in Beatrice Tildesley’s career of civilizing moving pictures were taken in 1924 or 1925, when she joined the Good Film League. The League had been founded in 1922 under the auspices of the National Council of Women of New South Wales (NCW of NSW) acting on a resolution of its parent body, the International Council of Women (ICW). The League’s aims were explicitly crafted to give effect to a moral and aesthetic agenda through a dual practice: censorship and encouragement. It sought to suppress the corrupt and vulgar and to encourage the good and beautiful.

In November 1927, Tildsley gave evidence to the Commonwealth Royal Commission on the Moving Picture Industry (1926-1928) as a representative of both the Good Film League and the NCW. She was, according to the Minutes of Evidence, “a member of the general public who has given more study than the average person to the films” (916). Tildsley spoke strongly against the “vulgarity and false sentiment” of the average American film, but applauded fine acting from performers of whatever nationality (917). She advocated a quota system for British and Australian films, to encourage the local industry and to instill patriotic taste and values. The Minutes of Evidence noted that she urged that “on any Board of Censors there should be one person to consider especially the taste and truth of the film to be shown” (917) and, further, that such a Board should include a woman “whose judgment would be particularly helpful in deciding what films were suitable for children” (918). All these views were mirrored in the Commission’s recommendations in their final report (1928, 1371-1409). One further recommendation was that awards of merit should be made to the best films produced in Australia and, in 1934, Tildesley was appointed one of three adjudicators for the Commonwealth Government’s second Film Competition. She was disappointed in the poor production values of most of the entries.

A strong committee woman and cosmopolitan, Tildesley represented the Good Film League on the New South Wales branch of the League of Nations Union. She was a member of the NCW’s Standing Committee on Cinema and Broadcasting, and in 1930 she became the Australian Correspondent on the Cinema Project for the Women’s Pan-Pacific Conference, whose primary concern, according to the Pan-Pacific Union Bulletin in 1929, was to investigate “the undoubted influence of the moving picture on the formation of thought and character, especially with reference to young people and children” (n.p.). Tildesley prepared two reports in The Australian Quarterly for the Project: “The Cinema in Australia,” which presented a wide-ranging overview of the development of the industry in Australia, noting that local production was negligible (Tildesley 1930, 89-103), and “The Cinema and Broadcasting in Australia,” which addressed changes since 1930 (Tildesley 1934, 129-36).

In 1931, she was one of the founders of the Film Society of Australia, modelled on the British Film Society established six years earlier. Its primary aim, according to a 1933 editorial in Film Society of Australia Film Review, was to organize for its members screenings and discussions of “outstandingly good films” that might otherwise not get commercial release (n.p.). The society’s preference was for British and continental films and educational and ethnographic films, but it also showed members’ amateur work. As well as acting as the Society’s secretary from 1931 until it wound down in 1935, Tildesley was part of the Reviewing Group whose members furnished reviews of all the first release films at city theatres, and scoured international journals for reviews of films released elsewhere and likely to come to Australia. All these short critiques were published in the Society’s Film Review. During the heyday of the Society, Tildesley was invited to form an Australian committee of the International Educational Cinematographic Institute, a body established in Rome under the direction of the League of Nations, whose function was to investigate cinema in relation to such things as the conditions of workers in the film industry and the use of cinema for purposes of children’s education, social hygiene, and physical education. No committee seems to have been formed, but Tildesley did agree to act as Australian Correspondent with the Institute.

Even in their early, optimistic years, none of these organizations provided funds for its correspondents to attend meetings, and Beatrice Tildesley did not become actively involved in the dizzying inter-war world of international committee work, although she did write several reports for international circulation. But importantly, through her involvement in these bodies, she wove Australian intellectuals into a dense international network of talk and research around the notion of cinema as an art form and an instrument of peace, co-operation, and civilization.

Although much of her film activism and writing occurred in the context of elite organizations, from the early 1930s she took her values of civilization and aesthetic pleasure to mass audiences. For the period from 1933 to 1935, she was the inaugural film critic for the leading women’s magazine, the Australian Women’s Weekly, as well as for The Housewife, the magazine of the powerful Housewives Association of Australia, whose president, Eleanor Glencross, was the first woman appointed to the Commonwealth Film Censorship Board in 1928. During 1934, Tildesley wrote regular columns on film for the monthly glossy, To-Day. After about 1935, Beatrice Tildesley’s film activities fade away from the public record, but she continued to enjoy going to the pictures and talking about them for the next forty years.

Matthews, Jill Julius.  “Beatrice Maude Tildesley Goes to the Pictures.” Screening the Past (May 16 2004): n.p. http://tlweb.latrobe.edu.au/humanities/screeningthepast/firstrelease/fr_16/jjmfr16.html.

Bound printed copy of Minutes of Evidence of the Royal Commission on the Moving Picture Industry in Australia, 1926-1928. (A11636/4/1). The National Archives of Australia.