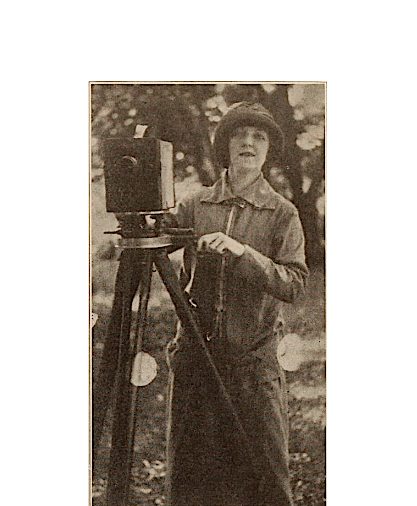 Angela Murray Gibson’s versatility allowed her to fill many roles during her time in the film industry, the most important of which was studio head for the Gibson Studios in Casselton, North Dakota. Prior to this, Gibson spent her formative years studying to be a teacher in home economics. However, she always loved performing. According to her 1953 obituary in The Forum, upon graduation from North Dakota Agricultural College, she traveled to the East Coast to further her studies in teaching, where she also continued with her efforts in the entertainment field by studying voice and elocution. Gibson’s performing career took her on a tour of the Canadian northwest (“Miss A. M. Gibson Was Greeted” 5). 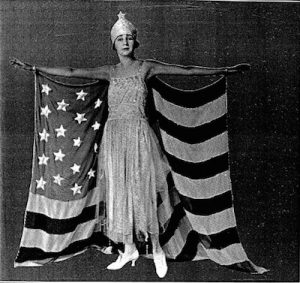 Mary Pickford, who was about to start production on Pride of the Clan (1917), spotted Gibson while she was performing. Since Gibson’s routine consisted of many of the costumes and songs from her youth in her native Scotland, “She was called upon to aid Mary Pickford in a matter of costuming,” in order to add authenticity to the film, which was set in Scotland (“Producer De Luxe” 13). Gibson became quite interested in the workings of the motion picture industry, and, in 1919, took a course in Photoplay Making at Columbia University, which was taught by pioneering cinematographer Carl Louis Gregory (“Amateur Movies” 108).

According to a later article in The Cass County Reporter, she attempted to break into the film business by going to work for a short time at Famous Players-Lasky in New York (1953, n.p.). However, by the early 1920s, Gibson had moved back to Casselton and went about setting up her own studio. As related in the December 13, 1920 issue of The Pioneer out of Benidji, Minnesota, it was Gibson’s goal to set up a “North Dakota Hollywood” by opening up her own studio there (6). The article went on to state that Gibson’s plan was to make educational films and comedies, and her first film would be scenes of wheat farming in the Red River Valley area. This film, titled The Wheat Industry, was completed in early 1921. Not only was Gibson the writer and director of this production, but she was also the camerawoman, a position she would fill on all of her films. 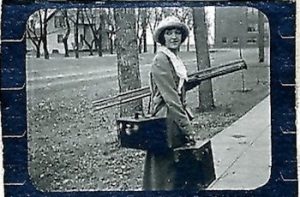 She next began work on her first comedy, a one-reeler titled That Ice Ticket, which had one of its first showings, according to The Forum, at the opening of the State Theater in North Dakota on November 28, 1921 (31). In That Ice Ticket, Gibson plays the role of Madge Jaspar, the object of affection of three different suitors. Her brother, Bud, decides to pull a prank and change a free “ice” sign on the outside of their residence to a “smallpox” sign, which causes two potential suitor to quickly drop out of the running for Madge’s hand. The last suitor is not fazed by the potential smallpox outbreak and offers to nurse her back to health. In the end, the joke is discovered and the new couple have a good laugh at Bud’s prank. 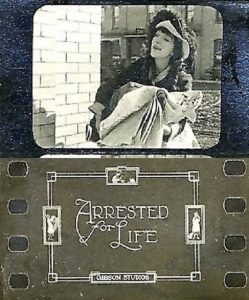 Gibson’s productions were uniquely grounded in her community. She had her mother run the camera when she appeared in a scene and she employed local talent in her productions. Following That Ice Ticket, she made the educational film How to Cook an Omelet/A Lesson in Cooking (1922), which was well received and utilized by various schools of domestic science in New York (“Amateur Movies” 108; Wilk 1926, 14). The period from 1921-1923 was a time of maximum film output, and, during these years, Gibson continued her original pattern of alternating between comedies and educational films. After How to Cook an Omelet, Gibson made another comedy titled Arrested for Life (1923), which was her most ambitious film to date. It was her first foray into two-reel pictures and gave her the chance to expand the story and spend more time developing the characters. In Arrested for Life, Gibson portrays her character, Nora Johnson, as a go-getter, someone who may not be too adept at whatever task is at hand, but who continues to keep her perpetually cheery outlook. The film centers around Nora, who arrives in a new town looking for work. The town policeman helps her get a job as a domestic. However, due to her poor cooking skills, Nora is quickly fired. The same policeman then helps her get a job running errands for and cleaning a boarding house. A local gentleman who has been courting a female boarder solicits Nora’s help with his marriage proposal, asking her to deliver a letter along with an engagement ring to his intended. However, Nora inadvertently delivers the ring to the wrong woman and confusion abounds. Upon learning of her mistake, she attempts to retrieve the ring and deliver it to the proper party, resulting in a chase scene and, subsequently, in her arrest. The mix-up is finally rectified and the film closes as the policemen offers her a job cooking for him, at which point she is “Arrested For Life” in marriage.

By the mid-1920s, Gibson’s studio output had slowed considerably. Much of the finances for her studio in Casselton came from her sister Ruby, who owned a successful women’s clothing and novelty shop in town. While Gibson was most likely finding it difficult to afford the rising production costs, there is no definitive mention of her closing the studio. In trade publications such as The Film Daily and The Educational Screen, articles from 1926 indicated that Gibson was still active and making films (“Producer De Luxe” 13; “Notes and News” 46). When her film production eventually stopped, she seemed to focus on a career as a camerawoman. For example, the March 4, 1928 issue of The Film Daily had the headline “First Newsreel Camera Girl Claimed by Kinograms” (7). While Gibson was certainly not the first—preceded by Dorothy Dunn and Louise Lowell—the brief article explained how she became employed as a newsreel camera “girl”: 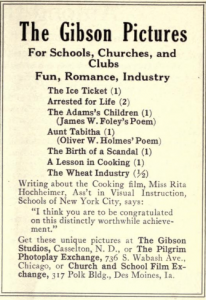 January 1925 The Educational Screen ad for “The Gibson Pictures.”

Rodeo pictures she sent to Kinograms and the nerve she displayed in taking them won her appointment as a news camera women [sic]. She first attracted the attention of H.E. Hancock, associate editor of Kinograms, when she asked him for suggestions on newsreel pictures. She stated she had gained considerable experience in taking pictures, and had several educational, industrial and scenic subjects to her credit (7).

The rodeo footage, filmed in her adopted hometown of Casselton, was of the annual Killdeer rodeo and Screenland described “Miss Gibson’s courageous work in photographing the plunge of the fear-maddened steers, and kicking, bucking bronchos that appeared to be about to topple over on the daring camerawoman…” (“Lot Talk From Hollywood” 74). This is the only substantiated filmed piece she is known to have made for Kinograms. By the end of the 1920s, Gibson’s career in the motion picture industry had certainly concluded. She spent the 1930s teaching drama and elocution in Casselton, and, in the 1940s, she went to work for the WPA in the same capacity. In the latter part of the 1940s her health began to seriously decline, and, initially thought to have contracted tuberculosis, she spent several years receiving treatment in sanatoriums and hospitals. She passed away from cancer on October 22, 1953 in North Dakota (Olsen 1999, 24-3o). 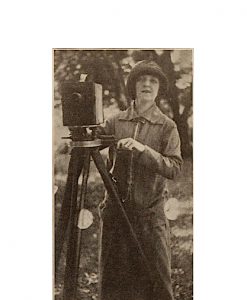 Angela Murray Gibson, like many other women in the early motion picture industry, managed to successfully carve out a niche for herself. Mostly working outside of Hollywood in her local community, Gibson is a fascinating figure. However, due to the brevity of her career and the lack of extant material, considerably more research is necessary to gauge her place as a regional filmmaker and a camerawoman in the history of American film and the history of the industry more broadly.