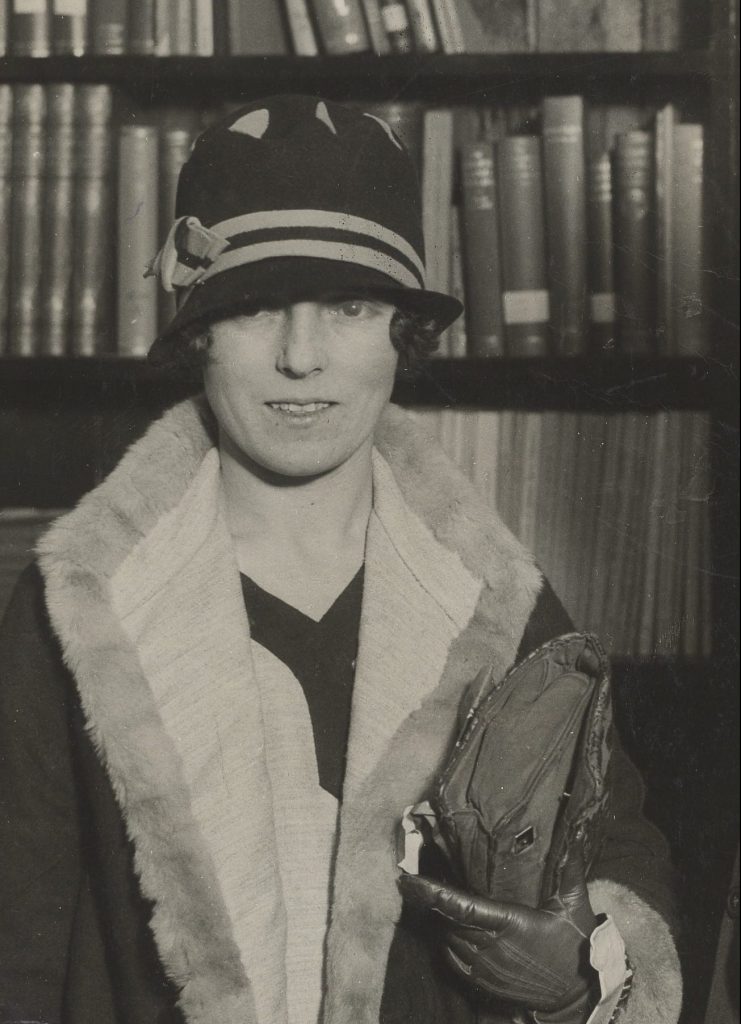 Best known as the wife and collaborator of Alfred Hitchcock, Alma Reville’s career as a screenwriter and editor has largely been overshadowed by that of her director husband. As Hitchcock was fond of pointing out, however, Reville entered the film industry long before he did and by the time they met in 1921, she was already an experienced editor, continuity supervisor, and director’s assistant (1995, 51). Around 1915, at the age of sixteen, Reville joined the London Film Company which was based near her family home in Twickenham. Starting out as a tea girl, she was soon promoted to the cutting room and within two years was working as an assistant to director Maurice Elvey, according to a 1925 article in The Picturegoer (48). In 1918, she took a role in Elvey’s The Life Story of David Lloyd George (Hitchcock O’Connell and Bouzereau 2003,  26-27). This experience may have briefly inspired her with the desire to become an actress but despite a fleeting cameo in The Lodger (1927), the remainder of her career was based behind, rather than in front of, the camera. 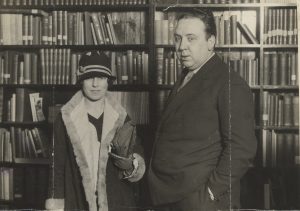 In 1921, Reville moved to Famous Players-Lasky’s studio in Islington where, according to The Picturegoer, she worked as an editor and second assistant director (1925, 48). At this time the duties of a second assistant director may have varied depending on studio, director, and the assistant’s skills. For Reville, it seems that a central part of the job was largely based around continuity and script editing. She had to spot potential continuity flaws, edit and re-write the script accordingly, and ensure that the shots taken on the studio floor would cut together once the film reached its assembly stage. Although editors were generally credited with little creative input at this time, Reville published an article in The Motion Picture Studio in 1923 in which she argued that editing was not merely a mechanical part of the filmmaking process but was in fact an “Art […] with a capital A” (10).

Although Reville and Hitchcock may have contributed to several of the same films at Islington, the pair did not begin working closely together until 1923. By this time, Famous Players had abandoned production in Britain and independent producer Michael Balcon was using the studio. Reville was hired initially as an editor, but soon began working uncredited with Hitchcock on scripts for new productions. When Hitchcock was offered the chance to direct, Reville became his assistant director. She later claimed to have been Britain’s first female assistant director. During the shooting of his debut feature, The Pleasure Garden (1927), Hitchcock appears to have been highly reliant on Reville. After each take he turned to her to ask, “Was that alright?” (McBride 1976, 225). She also managed many of the film’s financial and practical demands while on location in Europe, and later supervised its editing (Hitchcock O’Connell and Bouzereau 42).

By the time The Pleasure Garden was released, Reville was a well-known and respected figure in her own right. Described as “clever and experienced” by an industry insider in Kinematograph Weekly (Mannock 1925, 49), she was also the subject of a lengthy profile in the fan magazine The Picturegoer in 1925 (48). Hitchcock had to wait until the following year to receive a similar honor. The profile cast Reville as a pioneering figure within the British film industry and hinted at the possibility of a future directorial career, but Reville ultimately did not pursue this avenue. We can only speculate about the reasons. After the birth of the Hitchcocks’ only child, Patricia, in 1928, Reville moved more decisively towards screenwriting, a type of work with more flexible working patterns and perhaps more compatible with childcare than the tough routines of work at the studio. But Reville also later stated that she felt she lacked the physical presence and temperament to be a director (Chandler 2005, 46), a notion that Hitchcock supported in an article published in 1929, telling interviewer Roger Burford that when they directed together “some of the more unwieldy departments of film producing were difficult for [Reville] to control” (102). 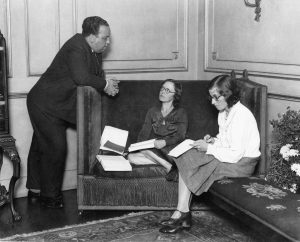 After Reville’s marriage to Hitchcock in December 1926, credited scenario writing for a variety of producers, and increasingly uncredited collaboration with her husband came to define the rest of her silent and later sound film work. While pregnant with Patricia, she co-wrote the script for Gainsborough’s The Constant Nymph (1928), a popular success upon its release. The majority of the scenarios Reville worked on were collaborative efforts, her only sole credit being the courtroom drama After the Verdict (1929). Her final silent film was A Romance of Seville (1929), co-written with Garnett Weston for British International Pictures, the company with which she and Hitchcock would continue their careers, both separately and together—Reville worked on several non-Hitchcock pictures as well as having a regular credit on her husband’s films—in the 1930s.

Reville’s personal papers are not held in a public archive, although her daughter Patricia has made tantalizing references to them in her biography of Reville, The Woman Behind the Man. Photographs and anecdotal accounts often provide the only real clue as to Reville’s involvement in certain silent era productions. Even then it can be difficult to ascertain the extent of her input, a problem which persists into her later and often informal work with Hitchcock, although the Hitchcock papers held at the Margaret Herrick Library do provide significant evidence of Reville’s important contributions to his later American films. While these documents, which include scripts, letters, and snapshots, may not fully answer these questions of attribution, they would certainly constitute an extremely valuable source of information for any further research on Reville and, particularly, her early career.

2. Alma Reville as Editor and Screenwriter

Excerpt from The White Shadow (1924): http://www.filmpreservation.org/dvds-and-books/clips/the-white-shadow-1924-clip

It is difficult to compile a complete list of the films that Reville worked on in the late 1910s and early 1920s due to the uncredited nature of the roles that she filled. The titles given here do not constitute her entire oeuvre and while further research could flesh this list out, the construction of an exhaustive filmography, particularly one which covers her time at Twickenham, may be an impossible goal.