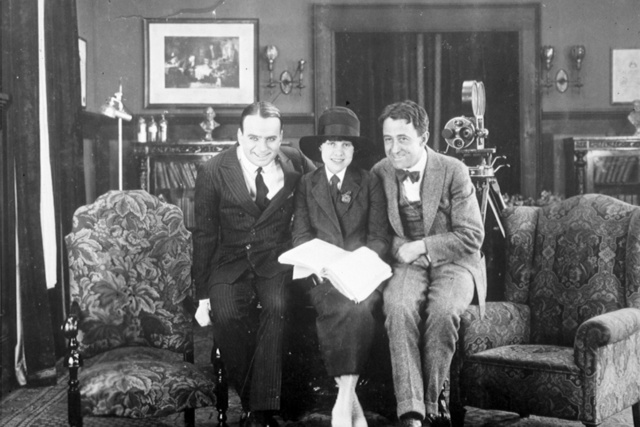 “Women have been instrumental to the development of cinema since the dawn of motion picture production, though most traditional histories have done little to highlight their influential and myriad contributions to the labor and artistry of filmmaking. This series will shift the popular approach to film history away from the auteurist mindset located in the director’s chair to instead focus on additional key areas of expertise, including screenwriting, producing, editing, cinematography, costume design, story editors and secretaries.

The first program in our This Woman’s Work series will highlight the dynamic, decades-long career of screenwriter Anita Loos (1888-1981), a California native who became one of the first female screenwriter on staff in Hollywood when she was hired at Triangle Film Corporation in 1915 by D.W. Griffith. Perhaps most acclaimed for penning the novel she then adapted into the now-lost silent, Gentlemen Prefer Blondes (1928), and creating the iconic character Lorelei Lee, Loos mined real life for each of her scenarios and scripts, taking either shared or sole screen credit in over 150 filmic works. Heralded for her wit by her collaborators such as Griffith, Douglas Fairbanks and George Cukor, gossip columnists such as Louella Parsons paid most attention to her personal style and glamor, which often rivaled the stars to whom she gave some of the most iconic dialogue of their careers. Though the brunt of Loos’ writing was crafted during the silent era, when she gained an unparalleled reputation for turning intertitles into a natural part of on-screen comedic expression, hearing her whip-smart, sophisticated dialogue spoken by the major stars of the day offers the opportunity to highlight her knack for conversation between women and her flair for comedic situations amid the most sober of dramatic narratives. For this five-night retrospective of her work, the Archive is pleased to highlight her fondly remembered films alongside should-be classics starring the likes of Jean Harlow, Clark Gable and Joan Crawford. All films will be presented on celluloid.”