In a series of posts, we want to highlight the work of the graduate students at Columbia University who contribute their time and research to the Women Film Pioneers Project. Since it is spring break here at Columbia, we thought we would return to this past summer, when two of our graduate student liaisons conducted exciting research relating to WFPP.

As WFPP’s country liaison for Portugal, I landed in Lisbon this past summer with a mission: to visit the national film archives and to see if I could find images of the Portuguese pioneers whose career profiles our contributors are currently researching and writing. Images, when available, are very important to WFPP and are a vital part of the career profiles and overview essays. We strive to include as many portraits, film stills, frame enlargements, publicity shots (and more) as possible to complement the text and give visibility to these women.

The Cinemateca Portuguesa was created in 1948 and is currently branched in three buildings: the beautiful house that serves as the main headquarters and that has two movie theaters, the film museum, the library, the photographic archive, a bookshop, and a lovely restaurant; the Cinemateca Júnior which is located ten minutes away from the main building and situated in the extraordinary Foz Palace; and the center of film preservation (ANIM) which is located in the middle of the woods about an hour away from Lisbon. 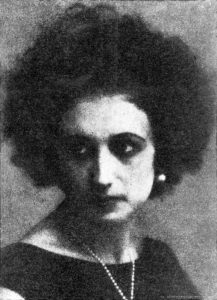 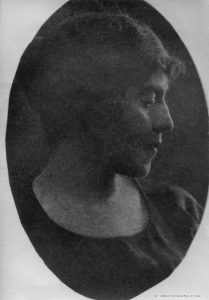 Once I arrived at the photographic archive, I walked into the main building, carrying a list of the Portuguese pioneers that I wanted to research. Although I imagined myself searching through piles of old images, that was not what eventually happened. The librarian, after I met with her and explained what types of images I was looking for, sent me a thumbnail of each available image a couple of days later. She sent me the thumbnails of three of the six pioneers that we were interested in: Virgínia de Castro e Almeida, Maria Emília Castelo, and Maria Helena de Matos. Although, all of the images were black and white portraits, we could tell immediately that the portrait of Maria Helena de Matos was taken later than the period covered by WFPP (up through the advent of sound). However, the images of Virgínia de Castro e Almeida and María Emília Castelo were wonderful.  It is an inspiring feeling to match a face with a name one has been working with for some time.

Even if during my trip I couldn’t find images of all the pioneers we are interested in, the fact that we were able to obtain two very good images of Virgínia de Castro e Almeida and María Emília Castelo made my trip successful. Researching the silent period of film is not an easy job as many of the materials are no longer extant or missing. Image research is especially difficult. Thus, when we are able to find such pearls like the images conserved by the Cinemateca Portuguesa, the effort we put into our work is validated and celebrated.

In search for the traces of Japan’s first female director, Sakane Tazuko, I embarked on a research trip last summer to Kyoto, Sakane’s hometown. Kyoto is an important film center in which most Japanese period dramas were filmed, as well as the city where Sakane started her career. In the 1930s, Sakane worked as Mizoguchi Kenji’s screenwriter, editor, and assistant director on multiple projects before making her directorial debut New Year’s Finery/Htsusugata (1936). Sakane was the only female film director working during the critical period of the silent-sound transition in interwar and wartime Japan, and her career provides a vantage point from which to explore the working conditions of Japanese women in the pre-war and wartime film industries. However, her name has long been marginalized, if not erased, from the narrative of the history of Japanese cinema.

During my seven-day trip in Kyoto, I was lucky enough to locate a great amount of primary sources valuable to understanding her life, and interview scholars working on early Japanese cinema. For instance, I visited the Film Archive at the Museum of Kyoto to consult Sakane’s photos, diaries, and letters donated by her family in 2004 in memory of her centennial. In the archive, I also found the script of her lost film New Year’s Finery with Sakane’s handwriting on it, along with another script that was never made into a film.

Most western scholars only learned about Sakane after Ikegawa Reiko’s book Director of the Empire (2011), which is also the first scholarly work on Sakane. However, long before Ikegawa’s book, Japanese journalist Onishi Ezuko published The Woman Who Loved Mizoguchi Kenji (1993), a semi-fictional biography of Sakane. In Onishi’s book, Sakane was portrayed as not only Mizoguchi’s disciple, but also as his “secret lover,” yet no evidence indicating Sakane’s romantic relationship with Mizoguchi was offered. In my interview with Kinoshita Chika, a Japanese film historian, Kinoshita said that not only Onishi, but also people at Sakane’s time tended to eroticize the relationship between the male director and his female disciple, and the Mizoguchi-Sakane “romance” is perhaps nothing more than the author’s fantasy. As it stands, Sakane’s “rediscovery” has become an exciting and intriguing process with revelations that raise more questions.

In particular, it is interesting to compare her to Tanaka Kinuyo, a successful actress who starred in a decent number of films by Mizoguchi, and later became a director who was widely believed to be “Japan’s first female director.” This comparison sheds light on Sakane’s structural absence from the historical narrative of Japanese cinema that erroneously positions Tanaka as the first female director. In contrast to Tanaka who retained her image as the symbol of culturally ideal femininity, Sakane wore masculine clothing while taking up the male-dominated profession. Sakane’s eschewing conventional femininity, however, ironically leads to the careless disinterest from the public at the time, for whom a female director being a woman always matters more than her authorship.

Even more significantly, the two women’s stories both have been constructed in a way that centralizes Mizoguchi, the male auteur, which ironically reveals the fact that being Japan’s first female director in their own right is not sufficient enough to situate them in the narrative of Japanese film history as such. The Mizoguchi-centered narratives and the gap between “the one who was Japan’s first female director” and “the one who was said to be Japan’s female director,” I suppose, altogether lays bare the problems concerning how we talk about (and more often don’t talk about) women film workers historically, and calls for critical intervention to open up new horizons for plurality suppressed by patriarchal and phallocentric singularity in writing history.